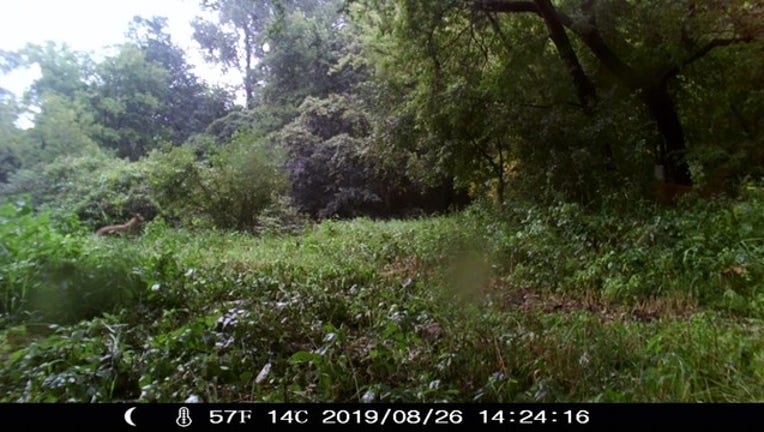 In an online post, the department says DNR officials said the animal captured in the grainy photograph may be a coyote but did not have the characteristics of a cougar.

"The animal in the picture appears to have a longer snout, and the ears are higher and more pointed relative to the head, indicating it is not likely a cougar," the department says.

It appears there's been another sighting of a possible cougar in Eden Prairie, however this time, it was caught on camera.

According to Eden Prairie police, Thursday, a resident reported a trail camera captured a photo of a possible cougar near Purgatory Creek, south of Cold Stream Lane and Sunnybrook Road. Trail camera data shows it walked through the area on Monday at 2:24 p.m.

After receiving the photo, police submitted it to the Department of Natural Resources. Wildlife officials are working to verify what type of animal it was.

According to the DNR, human encounters with cougars are rare. If sighted, face the cougar directly, try to appear larger and speak loudly and firmly. Do not run or lay on the ground.

Sightings should be reported to the DNR or the police.