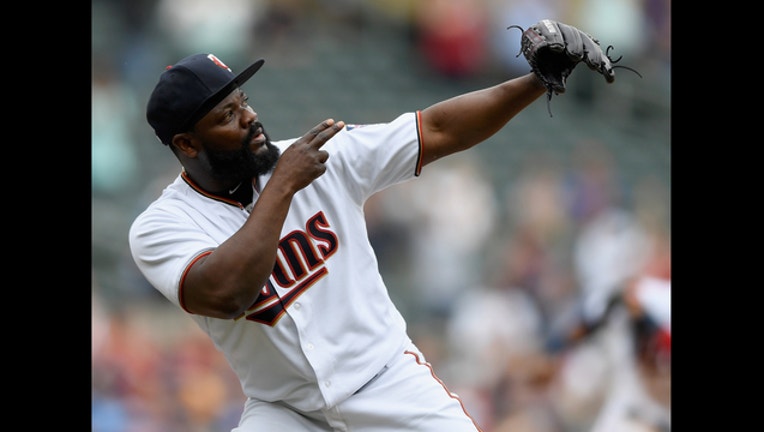 Fernando Rodney #56 of the Minnesota Twins celebrates defeating the Kansas City Royals after the game on August 5, 2018 at Target Field in Minneapolis, Minnesota. The Twins defeated the Royals 6-5. (Photo by Hannah Foslien/Getty Images)

Chalmers logged five innings of work this year for the Athletics' low-A affiliate in Beloit. Over four seasons in the Athletics' minor league system, Chalmers produced a 7-7 record with a 4.08 ERA, 91 walks and 137 strikeouts.

Rodney was an off-season acquisition by the Twins last winter, appearing in 46 games this season.