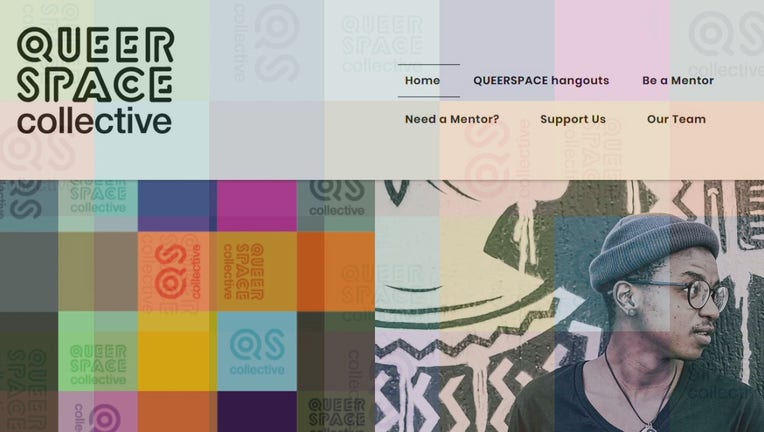 The QUEERSPACE Collective is a new youth mentoring organization in the Twin Cities that pairs LGBTQ+ youth with LGBTQ+ adults.

MINNEAPOLIS (FOX 9) - A new organization in the Twin Cities metro is working to offer a new line of support and resources for the LGBTQ+ community.

This past year has been tough and it’s been especially hard on LGTBQ+ youth.

A new organization in the Twin Cities metro is working to offer a new line of support and resources for the LGBTQ+ community.

"A little over a year ago, I was just seeing a lot of statistics and challenges that the LGBTQ+ youth population was facing," said Hangslaben.

COVID-19 playing a part in the troubling trend. According to a recent national survey, 70 percent of LGBTQ+ youth reported poor mental health during the pandemic, more than 40 percent seriously considered suicide.

"These types of programs are saving lives, I believe that," said James Lewis, the housing director for The Link.

QUEERSPACE Collective is partnering with The Link, a non-profit with a focus on youth homelessness.

"It’s about 40 percent of the young people that are experiencing homelessness that we work with identify as LGBTQ+," said Lewis.

Hanglsaben is working to create a safe space.

"When you’re a kid and you’re part of a marginalized community, having others in your lives who can support you and having a mentor who can just say I’ve got your back, I’m here to listen I’m here to support you, I think it can just help," said Hanglsaben.

Studies show that having one supportive adult in the life of a LGBTQ+ youth can reduce the risk of suicide by 40 percent. Hangslaben is launching this new initiative just ahead of Pride month in June.