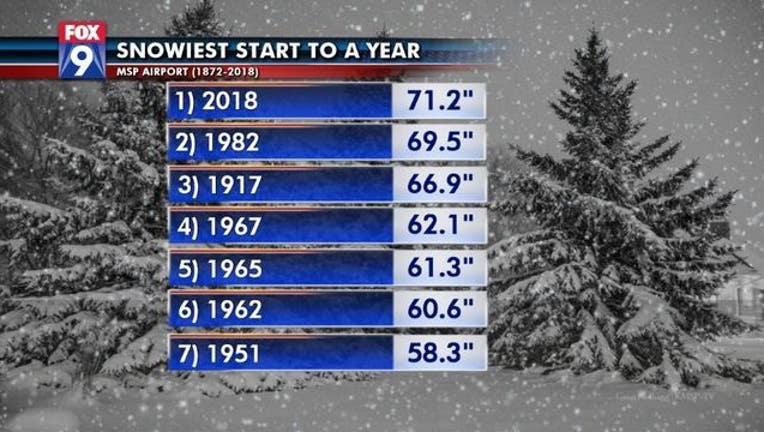 (KMSP) - To call the last few months “snowy” may be a bit of an understatement, even by Minnesota standards.

Since January 1st, the metro has seen more than 70 inches of snow. That’s the most the Twin Cities has ever seen to start a calendar year, or finish out a snow season, however you want to look at it.

Back when our snow season got underway, it wasn’t looking good with less than half of our typical snow falling in October, November, and December. In fact, by Christmas, the city had seen less than six inches of snow, only a third of what is considered normal. But the overall pattern changed in early January, kicking off a month of frequent snows and kicking off what would become the snowiest four-month start to a calendar year on record.