(FOX 9) - After 10 consecutive months with above average temperatures, we finally finish a month below average. January 2022 officially came in 5.5° below the 30-year climate average in the Twin Cities. While not even close to record cold for the month, it was one of the coldest months we've experienced in the last couple of decades. 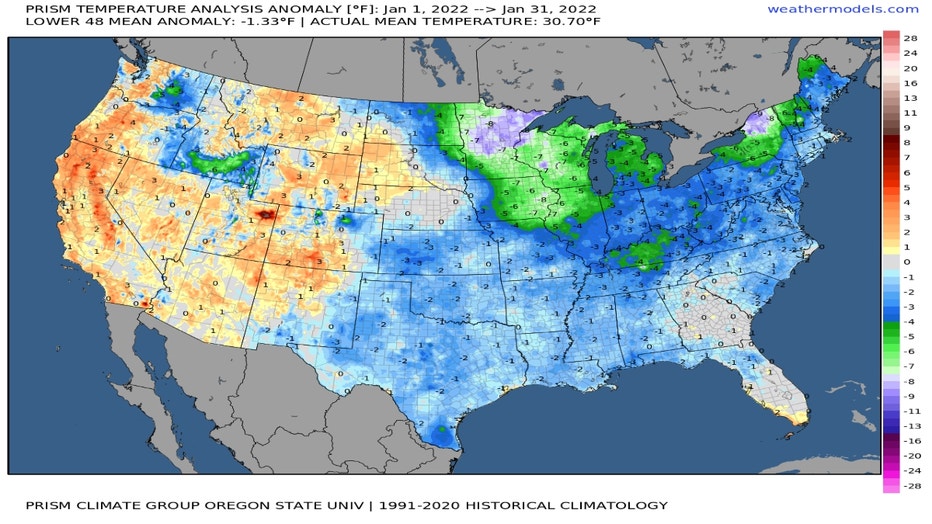 When comparing to average, Minnesota was the coldest of any state in the country during the month with much of the state 5°-8° below average.  Certainly, was a far cry different from December, finishing above average here in Minnesota, but was one of the warmest Decembers on record for the Lower 48 overall.

Now that we are in February, a repeat of what happened last year is NOT likely. It looks like temperatures will hover much closer to average... however, large temperatures swings are still quite likely... especially over the next few days.