WASHINGTON - President Donald Trump said Friday that he will renew his administration's effort to end legal protections for young immigrants after the Supreme Court blocked the first try.

In a tweet Friday morning, Trump said, “The Supreme Court asked us to resubmit on DACA, nothing was lost or won. They ‘punted’ much like in a football game (where hopefully they would stand for our great American Flag). We will be submitting enhanced papers shortly.”

Trump could still take away the ability for hundreds of thousands of them to live and work legally in the United States. With no legislative answer in sight, that means the uncertainty of the last eight years isn't over for many who know of nowhere else as home.

Activists are vowing to keep fighting for a long-term solution for 650,000 immigrants who were brought to the country as children. They face a White House that's prioritized immigration restrictions and a divided Congress that's unlikely to pass legislation giving them a path to citizenship anytime soon.

Ken Cuccinelli, acting head of U.S. Citizenship and Immigration Services, said Friday that the administration was starting over. “We’re going to move as quickly as we can to put options in front of the president," but those are executive branch options, he told “Fox & Friends.”

“That still leaves open the appropriate solution which the Supreme Court mentioned and that is that Congress step up to the plate,” he said.

Cuccinelli said Sen. Dick Durbin, D-Ill., made some positive comments in that direction on Thursday so the administration thinks it's possible for a constructive conversation with Congress. 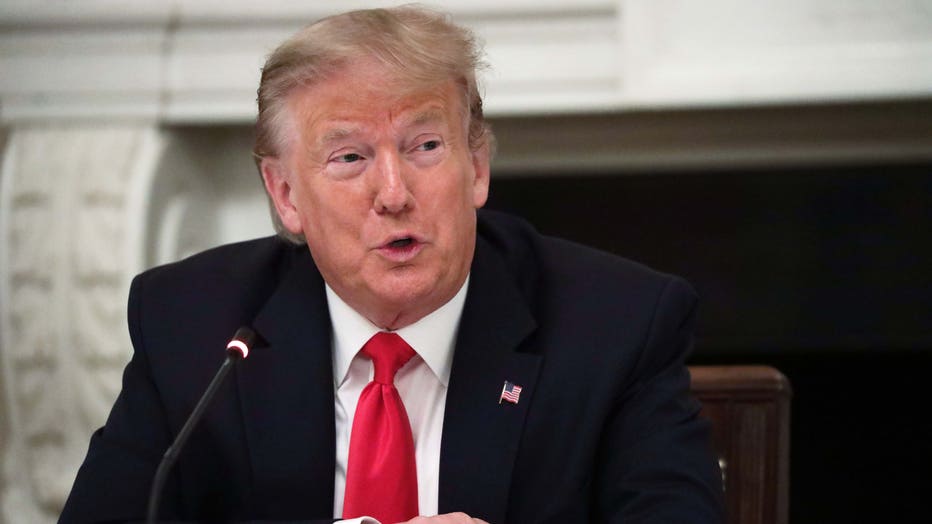 President Donald Trump speaks during a roundtable at the State Dining Room of the White House June 18, 2020 in Washington, D.C. (Photo by Alex Wong/Getty Images)

Trump slammed the court ruling, tweeting: “These horrible & politically charged decisions coming out of the Supreme Court are shotgun blasts into the face of people that are proud to call themselves Republicans or Conservatives," apparently also referring to a ruling this week that said it’s illegal to fire people because they’re gay or transgender.

But experts say there isn't enough time to knock down the 8-year-old program before the November election and doubt the government would try because DACA is popular with voters.

The court decision elicited surprise, joy and then apprehension from immigrants and advocates who know it's only a temporary solution.

“This is a huge victory for us,” Diana Rodriguez, a 22-year-old DACA recipient, said through tears.

Rodriguez, who works with the New York Immigration Coalition, said she hasn’t been to Mexico since she was brought to the U.S. at age 2. The ruling means young immigrants can keep working, providing for their families and making “a difference in this country," she said.

But the work isn’t over, Rodriguez said: “We can’t stop right now, we have to continue fighting.”

Congressional Democrats, meanwhile, appeared satisfied to let the court’s decision stand as the law of the land for now.

While Republicans protested that now, if ever, was the time for Congress to clarify the immigration system, House Speaker Nancy Pelosi made it clear that Democrats were done with their legislation before the summer break and had little interest in meeting GOP demands to fund Trump’s long-promised border wall as part of any comprehensive immigration overhaul.

“There isn’t anybody in the immigration community that wants us to trade a wall for immigration,” she said.

Pelosi was reminded that Trump has said he wants immigration reform. “We’ll see,” she said, noting how few days remain on the legislative calendar. “I don’t know what the president meant — maybe he doesn’t either.”

Democratic presidential contender Joe Biden said that if elected, he would send lawmakers proposed legislation on his first day in office to make DACA protections permanent.

The program grew out of an impasse over a comprehensive immigration bill between Congress and the Obama administration in 2012. Under intense pressure from young activists, President Barack Obama decided to formally protect people from deportation and allow them to work legally in the U.S.

Immigrants who are part of DACA will keep those protections, but there are tens of thousands of others who could have enrolled if Trump didn't halt the program three years ago.

The Migration Policy Institute, a nonpartisan think tank, estimates that about 66,000 young immigrants meet the age requirement to join the program — 15 — but haven't been able to do so because the government has only been renewing two-year permits for those already enrolled.

The Coalition for Humane Immigrant Rights has filed a DACA application for a person who's not part of the program already, legal services director Luis Perez said, though U.S. Citizenship and Immigration Services hasn't signaled whether it will accept any.

“The circuit courts have already told USCIS you must accept renewals. Now that there’s been a Supreme Court decision, really the instructions are gonna be you need to bring back the program in full effect,” Perez said.

It's unlikely the Trump administration will take new applications without being forced by the courts.

USCIS deputy director for policy Joseph Edlow said in a statement that the court’s opinion “has no basis in law and merely delays the president’s lawful ability to end the illegal Deferred Action for Childhood Arrivals amnesty program.”

A spokesperson said the agency was reviewing the decision and had no further comment.

And so the ups and downs continue, many coming from Trump himself. During the 2016 campaign, he vowed to repeal DACA. After his election, he softened his stance, saying at one point that DACA recipients had nothing to worry about. But under pressure from hard-liners, he announced in 2017 that he was ending the program.

Reyna Montoya, a DACA recipient from the Phoenix area who leads an immigrant rights advocacy organization, said she and others will keep pushing Congress to take up legislation addressing young immigrants.

“At this moment, the Senate needs to act, needs to come up with a proposal that will give us a path to citizenship,” Montoya said.