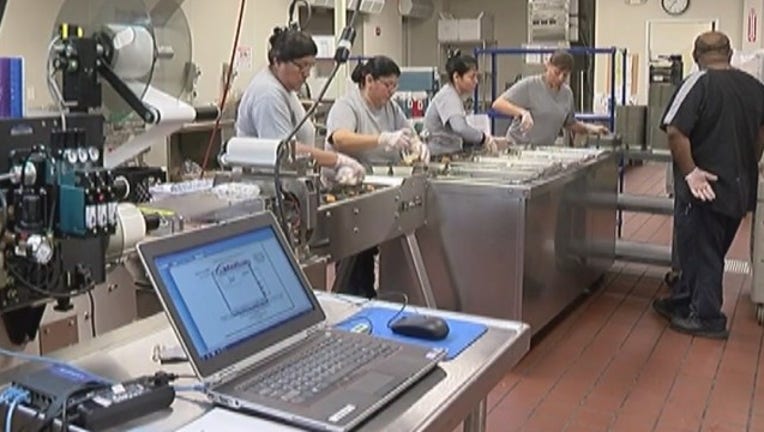 The exact size of the cut is unknown, but White House budget director Mick Mulvaney said the government "can't spend money on programs just because they sound good -- and great."

"Meals on Wheels sounds great. Again, that's a state decision to fund that particular portion, to take the federal money and give it to the states, and say look, we want to give you money for programs that don't work," Mulvaney said.

Mulvaney's comments Thursday caused consternation at the Capitol and beyond as lawmakers from both parties vowed to protect the program, which serves nearly a million meals per day nationwide through a network of more than 5,000 local programs. More than 2.4 million older Americans are served each year, including more than 500,000 veterans.

Rep. Gus Bilirakis, R-Fla., said Friday he's "been a fan of Meals on Wheels forever" and even delivered food to the elderly.

The budget also eliminates the $3 billion community block grant program, which some communities use to supplement Meals on Wheels and provide safety checks for the elderly. It was not clear how much of the block-grant funding goes to Meals on Wheels, since decisions are made by states and local governments.

"The problem with a `skinny budget' is that it is lean on details," said Ellie Hollander, president and CEO of Meals on Wheels America, referring to a term commonly used on Capitol Hill to describe Trump's bare-bones budget document.

Still, "cuts of any kind to these highly successful and leveraged programs would be a devastating blow to our ability to provide much-needed care for millions of vulnerable seniors in America," Hollander said in a statement.

Jenny Bertolette, a spokeswoman for Meals on Wheels, said the group gets about 35 percent of its funding through the Older Americans Act, with the rest provided by state and local governments and private donations. The act's 2016 budget was about $834 million, with nearly $849 million proposed for 2017.

Some programs will be hit hard by Trump's budget and some might not be severely affected, Bertolette said. A provider in Ypsilanti, Mich. -- where Trump traveled Wednesday to focus on fuel-economy standards -- faces a possible 30 percent funding cut, she said. That means the program in the Detroit suburb could serve one meal a day instead of two, she said.

"The Trump budget will make Americans less safe, deny them access to justice and fund discriminatory immigration policies at the expense of hardworking Americans who need vital federal services such as Meals on Wheels," said Rep. John Conyers, D-Mich.