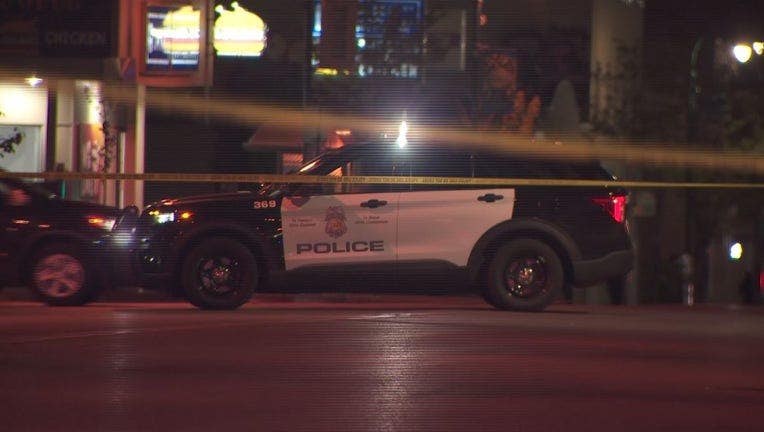 A pedestrian was fatally struck by a car early Saturday morning near East Lake Street and Bloomington Avenue in Minneapolis.

MINNEAPOLIS (FOX 9) - A 26-year-old Arden Hills tow truck driver has been charged in connection to a deadly hit-and-run crash in south Minneapolis in August, according to charges filed in Hennepin County District Court Thursday.

Jordan Anthony Jewell is charged with criminal vehicular homicide. He faces up to 10 years behind bars and a $20,000 fine.

According to Minneapolis police, on Aug. 21 at about 1:22 a.m., officers responded to a report of a person hit by a vehicle near Bloomington Avenue and East Lake Street. Paramedics tried to revive the injured woman, but she was pronounced dead at the scene. The Hennepin County Medical Examiner's Office identified her as 42-year-old Stacy Ann Morrison of St. Paul. The vehicle that hit her was not there when police arrived.

The charges state video surveillance shows a red tow truck heading southbound on Bloomington Avenue when the front passenger door opens. Morrison gets out of the moving vehicle and is hit back the back wheels of the tow truck. After the crash, other cameras show the tow truck returning to the area, about one block away from the crash, and driving off.

Investigators determined the tow truck was from Cedar Towing and after contacting the company police identified the driver as Jewell. The towing company's overnight dispatcher told police Jewell made comments that a woman had jumped into his truck on the night of the crash.

In an interview with police, Jewell said he had picked up Morrison and claimed she had only been in his truck for a few minutes before she got out of the moving vehicle. He said he didn't know he had hit her. When police asked him why cameras captured his truck in the area after the crash, he said he saw people in the intersection, but claimed he didn't know why they were there.

Police arrested Jewell on Sept. 1. He also had multiple active probation violation warrants for his arrest. He is in custody at Hennepin County Jail. His first court appearance is scheduled for Friday.