Tom Brady vs Patrick Mahomes: Super Bowl 2021 quarterbacks and what to know

A look at Tom Brady and Patrick Mahomes ahead of the 2021 Super Bowl game.

TAMPA, Fla. - Tom Brady is arguably one of the most iconic and accomplished football players in the National Football League’s 100-year history.

Brady, who started his long and illustrious football career playing quarterback for the New England Patriots for 20 years, will be appearing in the Super Bowl for the 10th time this year.

For those who are unfamiliar with the six-time Super Bowl-winning football star, here are a few quick facts to help you become an expert ahead of the upcoming game.

RELATED: Super Bowl 2021: Everything you need to know about the game, the halftime show and the commercials

How old is Tom Brady?

Brady is 43 years old, according to his stats page on the Tampa Bay Buccaneers website.

While it is not uncommon for quarterbacks to retire well past the age of 40, Brady’s prolific career continues to amaze sports analysts. Brady leads the league with 47 wins.

"He's won NFL MVP and has played in Super Bowls three of the last four seasons," according to the team website. 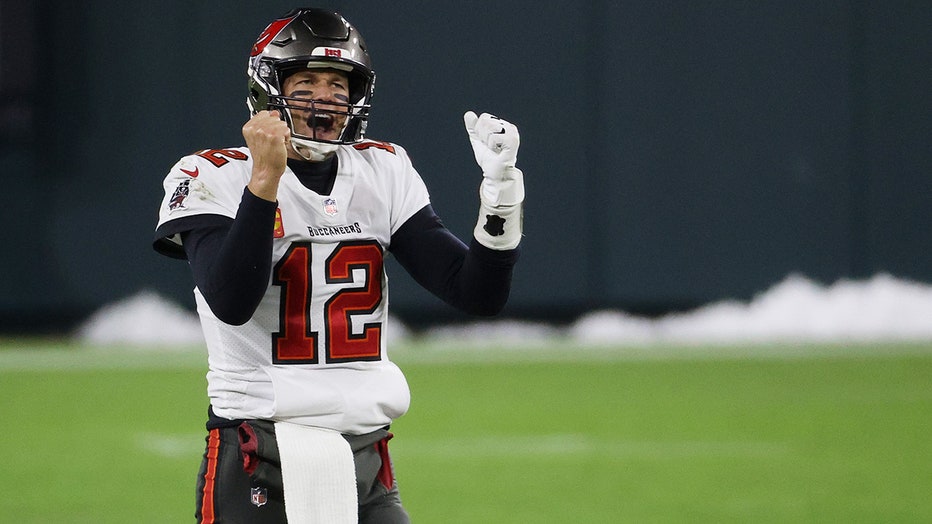 FILE - Tom Brady celebrates in the final seconds of their 31 to 26 win over the Green Bay Packers during the NFC Championship game. (Dylan Buell/Getty Images)

How long has Tom Brady been in the NFL?

Brady was drafted to the New England Patriots in 2000 as a sixth-round pick and played for the Patriots for 20 seasons until he was traded to the Tampa Bay Buccaneers in 2020, according to FOX Sports.

When will Tom Brady retire?

While there was wild speculation that Brady would retire after his final year with the New England Patriots, the seasoned quarterback still has plenty of fight left in him, bringing his winning spirit and skills to the Tampa Bay Buccaneers. Brady led the Florida-based team to an 11-5 regular-season record and a chance to play in the Super Bowl.

Back in August 2020, after acknowledging his time with the Patriots was coming to a close, Brady told reporters that he plans to play until he is 45, which is less than two years away for the seasoned player.

How tall is Tom Brady?

How many teams has Tom Brady played for?

So far, Brady has played for only two teams. He played for the New England Patriots for 20 seasons and is finishing up his first season with the Tampa Bay Buccaneers. 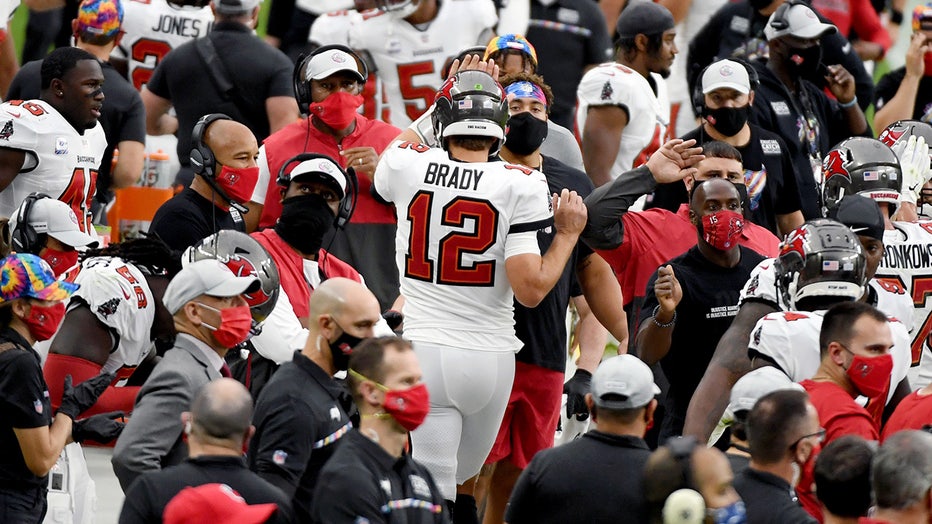 FILE - Quarterback Tom Brady is congratulated on the sideline after he rushed for a 1-yard touchdown against the Las Vegas Raiders. (Ethan Miller/Getty Images)

Where did Tom Brady go to college?

Brady attended the University of Michigan between 1995-1999. Although he is now lauded as one of the best players in NFL history, Brady found himself riding the bench during his early college football career, only throwing two passes during his second season as a Michigan Wolverine, according to FOX Business.

Brady finally got his chance to start in 1998 and kept the job for the rest of his time at Michigan. Brady was 20-5 as a starter at Michigan. He led the Wolverines to a last-second victory in the 2000 Orange Bowl against the University of Alabama.

When was Tom Brady drafted?

Brady was drafted by the New England Patriots in 2000 as a sixth-round pick.

How many Super Bowls has Tom Brady won?

How many Super Bowls has Tom Brady lost?

Out of the nine overall Super Bowl games Brady has participated in, he has only lost three:

What are some notable records and stats about Tom Brady?

Often referred to as the GOAT (greatest of all time), Brady has won many awards and broken several NFL records during his 20 years playing football.

He’s the only player in the NFL to win six Super Bowl rings.

He’s 30-11 in playoffs appearances and has the highest record for most playoff games played, with a total of 41.

Brady also led the New England Patriots to 12, 12-win seasons – the most by any quarterback, ever, according to the Tampa Bay Buccaneers’ website.

And since joining the Buccaneers in 2020, Brady has already set a single-season record for the team with 34 touchdown passes.

And here are all of the awards Brady has won over his career:

What is Tom Brady’s net worth?

As of January 2020, Brady received a base pay of $27 million, a salary (plus winnings) of $15 million and earns a further $12 million from endorsements (he has several, including Sam Adams, Aston Martin, The Gap and Hershey’s). Since 2000, Tom Brady has amassed $235 million in career earnings, according to FOX Business.

Earning power, endorsements and playing the real estate field have enabled Brady to have a net worth of an estimated $180 million. Add to this his wife’s astounding $400 million net worth and the couple is close to banking around $580 million.

In 2020, Brady signed a two-year contract with the Buccaneers worth $50 million, according to FOX Business. Part of his contract was an incentive if he wins the Super Bowl: Should Tampa Bay take home the Lombardi Trophy, Brady would earn an additional $500,000.

Where is Tom Brady from?

Brady is a native Californian. He was born in San Mateo on Aug. 3, 1977, to Galynn Patricia and Tom Brady, Sr., according to his IMDB biography.

Where does Tom Brady live?

After spending over 20 years in Boston, Brady and his wife, Brazilian model and actress Giselle Bündchen, moved to the Tampa Bay area in April 2020.

How many kids does Tom Brady have?

Brady and his current wife, Bündchen, have two kids together: son Ben, 11, and daughter Vivian, 8. Brady also another child with ex Bridget Moynahan, a 13-year-old son named Jack, according to FOX News.

Brady dated Moynahan for two years, ending the relationship in 2006, which is when Brady started dating Bündchen.

Brady married Bündchen in a private ceremony in Santa Monica, California in 2009, and the pair have been going strong ever since, according to FOX News.