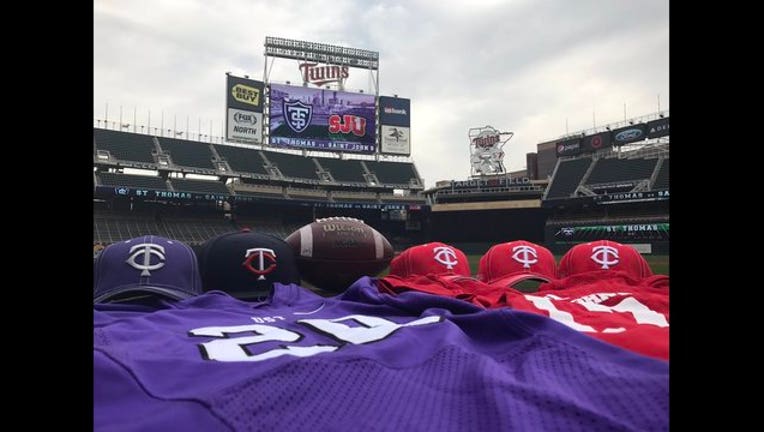 MINNEAPOLIS (KMSP) - Tickets for the 2017 Tommie-Johnnie rivalry football game between the University of St. Thomas and Saint John’s University at Target Field will go on sale to the general public  Tuesday at 10 a.m.

St. Thomas will host Saint John’s at Target Field on September 23, 2017. It will be the first-ever football game played at Target Field, according to a statement from the Minnesota Twins.

The rivalry between the two Division III schools dates back to 1901. The Tommie-Johnnie game is typically one of the most attended games of the season, with the 2015 game drawing an NCAA Division III-record crowd of 17,327.

General seating tickets to the game will range from $15-35. Approximately 2,000 student section tickets for each university will be held and made available during the summer of 2017 for $10 per student.

More information on purchasing tickets can be found here.