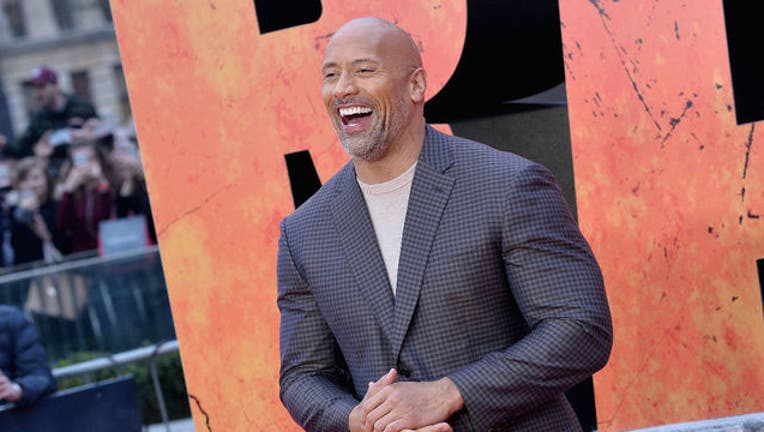 STILLWATER, Minn. (KMSP) - Friday was anything but ordinary for students at Stillwater Area High School.

It was arguably the best day of high school for one student in particular as she received a special message on the school intercom.

“Good morning to the Stillwater Area High School students! This is, as you might have guessed by now, Dwayne Johnson, also known as The Rock…”

“Dwayne, will you ‘ROCK’ it at prom with me?” Kelzenberg said in a video message.

He was clearly impressed by how “punny” she was. And by the fact that she dressed up as Johnson for Halloween. And by her collection of Dwayne Johnson merchandise.

“I just had to let you know that I appreciate how cool and awesome you are for inviting me to your prom,” Johnson said in a recording played on the school’s loudspeaker.

Unfortunately, he won’t be able to make it to prom since he will be shooting a movie in Hawaii on the date of Stillwater’s prom.

“However Katie, because we are now best friends and I have so much love for you and because you’re so awesome… I have very special gift,” he continued.

At this point, Kelzenberg was covering her cheeks with her hands.

Since he won’t be able to make it to prom, he decided to rent out an entire movie theater (232 seats) for Kelzenberg to enjoy a special screening of his new movie “Rampage” with her friends and family.

Kelzenberg and her guests will enjoy all of the popcorn, candy and soda that they can eat—courtesy of The Rock.

He proclaimed himself an honorary Stillwater Pony and asked a “chivalrous gentleman of a boy” to take his new best friend to prom. He also suggested that it would be a blast going with a group of girlfriends.