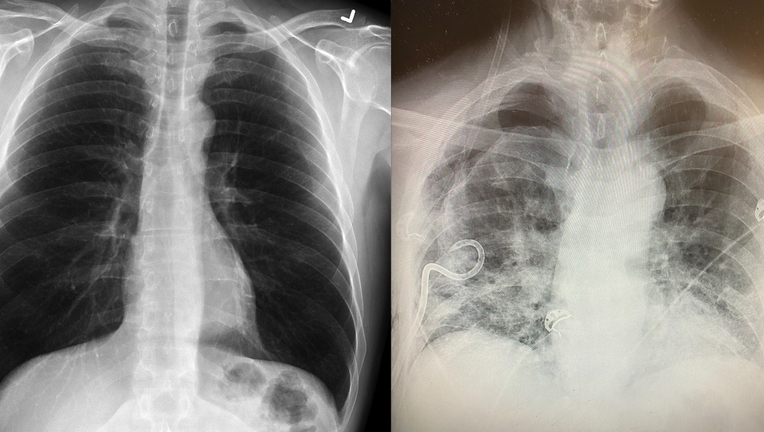 LUBBOCK, Texas. - A Texas doctor is noticing a pattern in her patients that could reveal another possible devastating side effect of COVID-19: severely scarred lungs.

Dr. Brittany Bankhead-Kendall, a trauma surgeon at Texas Tech University Health Sciences Center, said she’s seeing lung scarring in some patients who have had COVID-19 that’s worse than what she sees in the lungs of people who smoke. She said she’s noticed the lung scarring in X-rays she’s taken for subsequent, unrelated health issues.

"I started to realize that all of these patients that we’re seeing, who are having chest X-rays that have had COVID in the past, are showing up abnormal," Bankhead-Kendall told FOX Television Stations on Monday.

A surgeon in Texas revealed she’s seeing a pattern of lung scarring in some patients who have had COVID-19 that’s worse than what she sees in smokers’ lungs.

"It looks like a lot of dense scarred tissue and that extends throughout the entire lung," she explained. "Additionally, we’re seeing signs of congestion and fibrosis."

She said she’s seen the scarring on post-COVID patients who were both symptomatic and asymptomatic.

She said it’s not clear if lung scarring can regress over time but said it’s unlikely, suggesting the scarring could be permanent and could cause health problems down the road for patients.

"I’ve definitely seen patients who have had COVID and they don’t have scarring," she added. 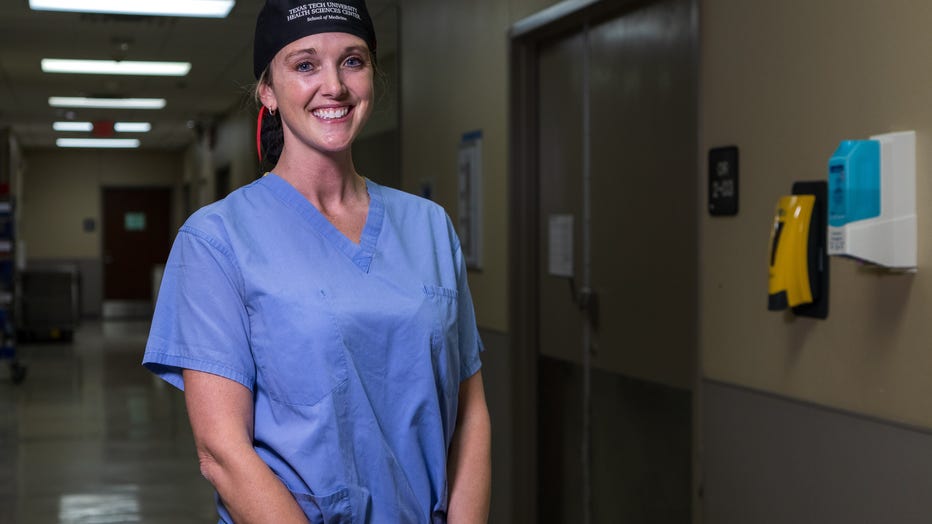 Bankhead-Kendall said she doesn’t expect or encourage people to go out and get an X-ray if they have had the coronavirus. However, she encourages people to get the vaccine, when available, and to let those who have tested positive to tell physicians during any kind of visit. She also urged people to take the virus seriously.

Coronavirus deaths are rising in nearly two-thirds of American states as a winter surge pushes the overall toll toward 400,000 amid warnings that a new, highly contagious variant is taking hold.

While the variant does not cause more severe illness, it can cause more hospitalizations and deaths simply because it spreads more easily. In Britain, it has aggravated a severe outbreak that has swamped hospitals, and it has been blamed for sharp leaps in cases in some other European countries.

As things stand, many U.S. states are already under tremendous strain. The seven-day rolling average of daily deaths is rising in 30 states and the District of Columbia, and on Monday the U.S. death toll surpassed 398,000, according to data collected by Johns Hopkins University — by far the highest recorded death toll of any country in the world.

Amid the surge, a vast effort is underway to get Americans vaccinated, but the campaign is off to an uneven start. According to the latest federal data, about 31.2 million doses of vaccine have been distributed, but only about 10.6 million people have received at least one dose.