A long line formed outside a supermarket in Austin, Texas, on Tuesday, February 16, after storms caused widespread power outages across the state.

Sen. Ted Cruz flew to Cancun, Mexico, with his family this week as Texas dealt with a winter storm that left millions without power, FOX News has confirmed.

Photographs of Cruz, R-Texas, at an airport began circulating on social media late Wednesday, with people alleging that the senator had left the state for Cancun amid a major crisis. A Republican source told Fox News that the allegations Cruz was traveling to the Mexican city are true.

"The photos speak for themselves," the source said.

Cruz addressed the trip in a statement on Thursday afternoon.

"This has been an infuriating week for Texans. The greatest state in the greatest country in the world has been without power," he said. "We have food lines, gas lines, and people sleeping at the neighbors’ houses. Our homes are freezing and our lights are out. Like millions of Texans, our family lost heat and power too."

Cruz added: "With school cancelled (sic) for the week, our girls asked to take a trip with friends. Wanting to be a good dad, I flew down with them last night and am flying back this afternoon. My staff and I are in constant communication with state and local leaders to get to the bottom of what happened in Texas. We want our power back, our water on, and our homes warm. My team and I will continue using all our resources to keep Texans informed and safe."

Temperatures this week have plunged to dangerous record lows in the Lone Star State and overwhelmed power grids, leaving millions without power. At least 30 people have died across the U.S. as a result of the extreme winter weather, according to the Associated Press. 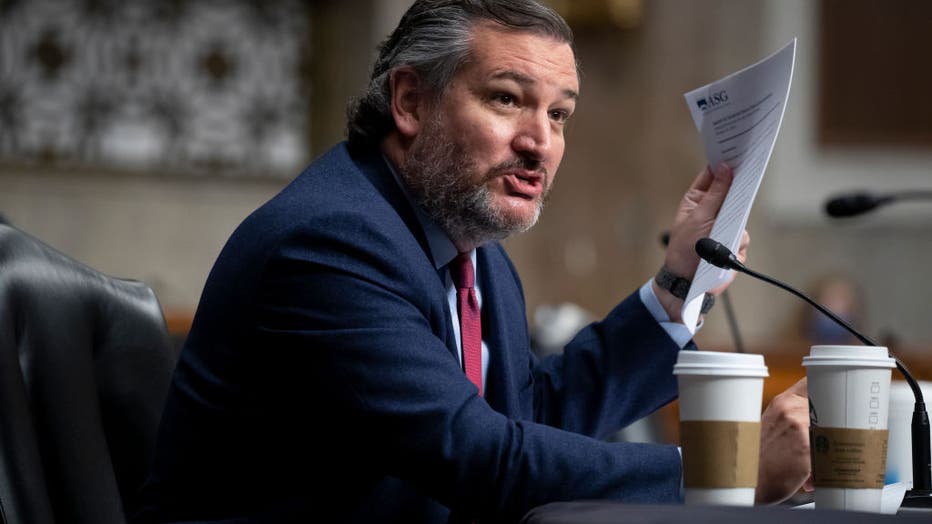 FILE - Sen. Ted Cruz, R-Texas, speaks during the Senate Foreign Relations Committee hearing on the nomination of Linda Thomas-Greenfield to be the United States Ambassador to the United Nations, on Capitol Hill on Jan. 27, 2021 in Washington, D.C. (P

Cruz acknowledged how serious the crisis is in a tweet Tuesday, saying, "A blizzard strikes Texas & our state shuts down. Not good." Cruz also Thursday lauded a furniture store owner who, according to FOX 26 in Houston, allowed 1,000 people in his store amid the power outages.

Meanwhile, Punchbowl News reported Thursday that a person appearing to be Cruz is ticketed for a flight from Cancun to Houston later Thursday. The first three letters of that person's last name are "CRU," and the first letter of the person's first name is "R." The Texas senator's given first name is Rafael.