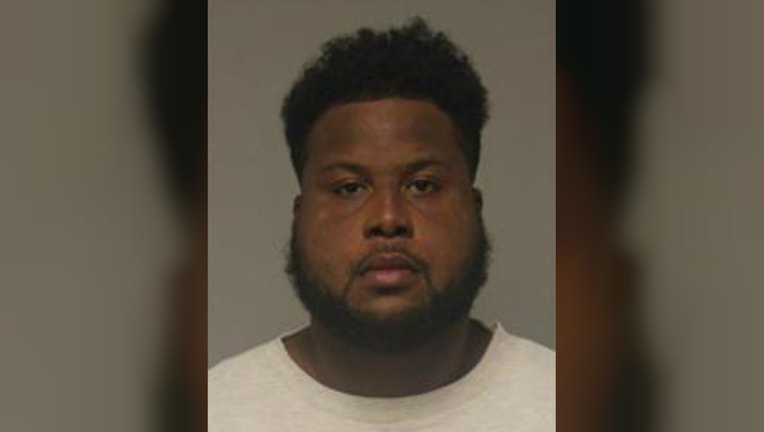 BLAINE, Minn. (FOX 9) - A suspected serial bank robber is in custody at the Anoka County Jail after police officers arrested him in a Coon Rapids parking lot this weekend, according to Blaine Police Capt. Mark Boerboom.

Brock Kailen Esaw, 34, of Anoka is believed to be connected to five bank robberies, according to police. So far he has been charged with simple robbery and aggravated robbery in the second degree in connection to two bank robberies in Blaine and Coon Rapids, respectively.

Blaine police detectives first became involved in the case on September 26 when a robbery happened at the U.S. Bank in the 200 block of County Hwy. 20. According to the criminal complaint, Esaw passed a note to the bank teller that read, "Place $2,000 into an envelope. No weapons. No die packs. No alarms. No problems." He ran away and police were unable to find him.

Authorities learned of other robberies in Anoka, Coon Rapids and Mounds View as well as an attempted robbery in Andover. Investigators believed the cases were connected, and they soon identified Esaw as their suspect. According to the criminal complaint, during the robbery at TCF Bank in Coon Rapids, Esaw also gave the bank teller a note demanding $2,000 and claimed he had a weapon.

Saturday afternoon, detectives from Coon Rapids and Blaine police departments arrested Esaw in Coon Rapids after he was suspected of robbing a TCF Bank in Brooklyn Park. Court documents say police found a large amount of $100 bills when they searched Esaw.

The charges state, in a recorded statement, Esaw admitted to the bank robberies in Anoka, Coon Rapids, Blaine and Moundsview as well as the attempted bank robbery in Andover.