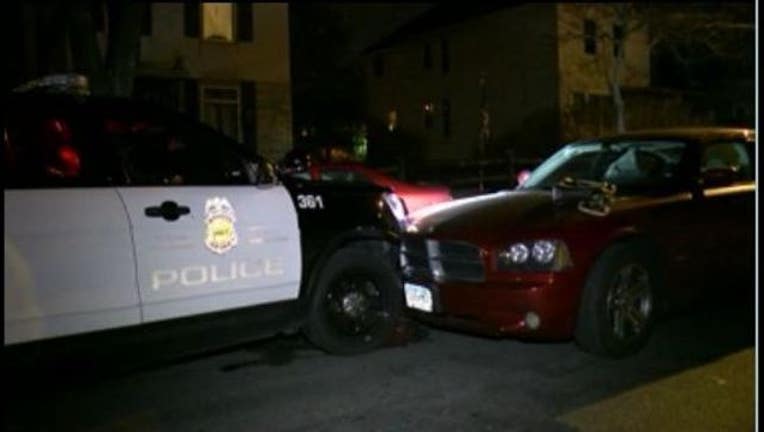 Officers were returning to their squad car at the 2700 block of 18th Avenue South after investigating a report of a fight when a driver hit the front of their car.

Both vehicles needed to be towed away from the scene.

No one was injured in the crash.