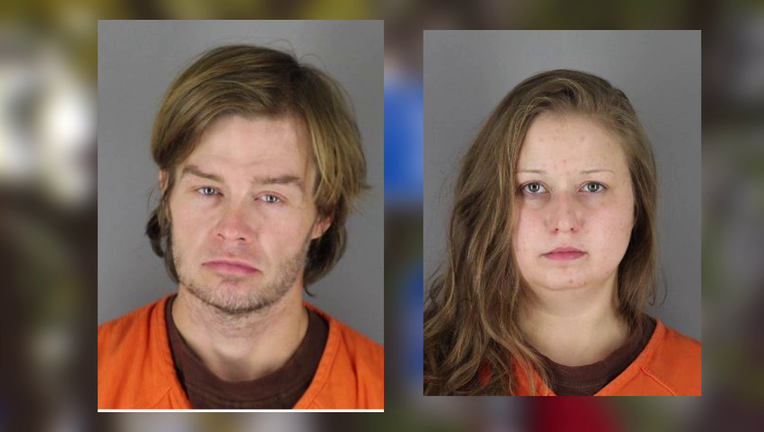 MINNEAPOLIS (FOX 9) - The two people charged for a pregnant woman's death in Minneapolis will face an additional murder charge for the death of the baby, police announced on Tuesday.

According to the Hennepin County Attorney's Office, Shannon Michael Benson, 42, and Jade Monet Rissell, 27, are already charged with second-degree murder after a woman was found dead on Nov. 8 in the area of 35th Avenue South and Hennepin Avenue.

2 charged in connection to pregnant woman's death in Minneapolis

Two people were charged in connection to a pregnant woman's death in Minneapolis earlier this month.

The criminal complaint states that after the Hennepin County Medical Examiner's Office asked for the public's help in identifying the victim, tips came in and helped identify her as a woman who was reported missing out of Anoka.

Investigators learned that on Nov. 8, officers responded to a travel trailer on fire near the intersection of 35th Avenue South and Hennepin Avenue. After the fire was put out, officers found a woman's body inside. It was determined she was 7 months pregnant at the time.

According to the complaint, the fire inspector examined the trailer and detected combustible gas on a mattress and on the victim’s body. Officers interviewed witnesses from the area and learned that a woman was seen driving a black Tahoe with the trailer attached. One of the witnesses stated the woman in the black Tahoe asked them for a cigarette, and the witness gave her one. Shortly thereafter, the witness saw the trailer on fire. The witness was later shown a photo of the suspects and confirmed it was who they saw.

Police also learned that in September, the trailer was sold to a man and woman matching the description of the suspects.

When investigators interviewed the victim's loved ones, they learned she had been reported missing in Anoka sometime between Oct. 29 and Oct. 31. The victim's boyfriend said he tried to track her via the Tile app, which locates lost keys. On Oct. 31, the app led him to the area of 4th Avenue South and East 25th Street in Minneapolis. There, he found a travel trailer and took photos of it. The trailer was identified as the same one found burned on Nov. 8.

Investigators later went to 4th Avenue South and East 25th Street and found the Tahoe and the shorter trailer, in which the suspects were residing. The two were then arrested.

According to the complaint, Rissell admitted to police that she lit the trailer on fire to cover up the victim’s body. She stated that approximately a week before the fire, she had lured the victim over Facebook to their trailer at 4th Avenue South and East 25th Street, then assaulted her with brass knuckles, knocking her unconscious. She stated that Benson was aware of this, and they did not call 911. She stated they left victim in the larger trailer for a few days, then she took the trailer to 35th and Hennepin to burn it.

The two suspects were then left in a room together while being recorded. Rissell is heard saying, "they have too much information," and "I told them it was me." They then both started to cry.

Both are in custody. Including the death of the baby, Minneapolis has seen 86 homicides this year.