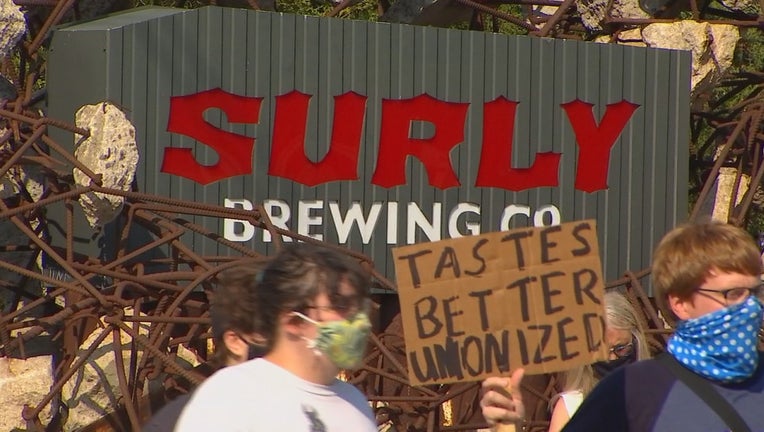 MINNEAPOLIS (FOX 9) - A hospitality union representing employees of Minneapolis-based Surly Brewing Company said the company and its employees have agreed on a fair election process to certify a union.

The union said it is “committed to winning this election and our Union,” in a statement posted to Twitter Thursday.

According to the National Labor Relations Board, elections are required to certify a union.

“We appreciate Surly’s efforts in reaching this agreement on a fair process,” the union said.

In a statement, a spokesperson for Surly confirmed the agreement: "After weeks of productive conversations with Unite Here’s representatives, we’re happy to say we’ve reached an agreement on election terms. The union recognizes the financial and operational challenges Surly has faced since the start of the pandemic. The union has withdrawn the unfair labor practice charge alleging that closing the beer hall was related to its organizing efforts. We, the union and Surly, agree to support a free and fair election so that everyone can make the right decision for themselves."

Aug. 31, Surly's employees announced their intention to form a union, citing safety concerns amid the pandemic.Two days later, Surly announced it would be closing its Beer Hall, sparking backlash from Unite Here 17, which called the action retaliatory.