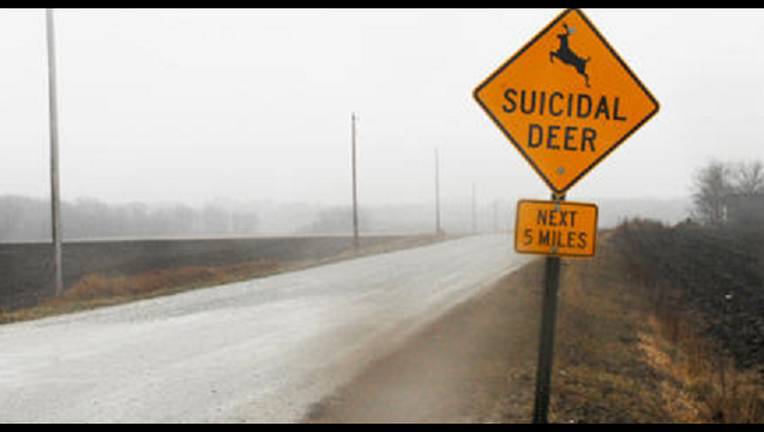 They’ve left no notes behind. And it’s fairly certain they’re not doing it for the insurance money. But “suicidal deer” are apparently such a big problem in Paxton, Ill. that its county is installing signs to warn drivers.

Calling the deer “suicidal,” of course, may be something of a misnomer. More likely, they just don’t know to be cautious around speeding vehicles with bright headlights. But whatever the reason, it’s certainly an issue in Paxton: 33 vehicle collisions with deer were reported in 2015, according to The Ford County Record.

Button Township Highway Commissioner Ron Hilligoss stumbled onto the idea of the eye-catching signs during a conversation with his nephew.

“My nephew sent me a picture of one of these signs out in Colorado about six months ago,” Hilligoss told The Record. “He texted it to me, and I thought it was really a good thing because it gets your attention. So we had had a Ford County Highway Department meeting and I said, ‘Can you get me these signs?’”