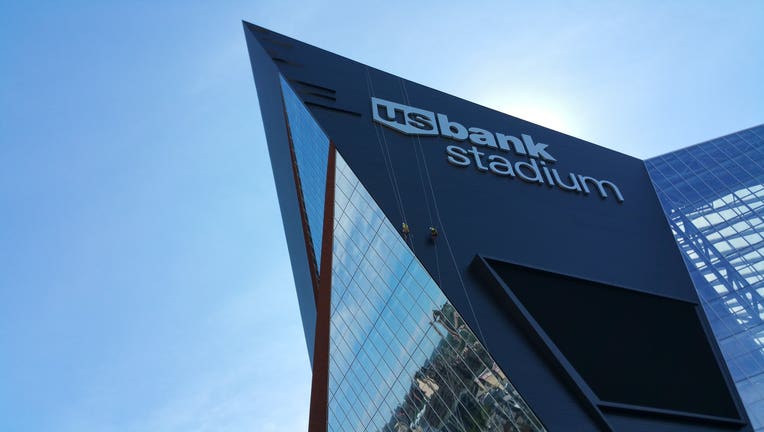 MINNEAPOLIS (FOX 9) - Four downtown Minneapolis buildings, including U.S. Bank Stadium, caused the most observed bird deaths over the course of a two-year study, which was published on Tuesday.

The $300,000 study was funded by the Minnesota Sports Facilities Authority and Minnesota Vikings Football and was recently published in PLOS ONE journal. The study was completed after bird advocates voiced concern over the glass at the stadium being dangerous for birds.

Four of the buildings, including the stadium, accounted for 74% of the observed fatal collisions and 68% of estimated fatalities. Those top buildings in the study had a higher amount of estimated bird deaths than the majority of U.S. buildings. However, other places in the U.S. have seen higher death tolls. McCormick Place Convention Center saw 1,028 fatalities a year from 1978 to 2012, according to the study.

Up to 1.5 billion birds are killed annually in North America by colliding with vehicles and other man-made structures, like buildings.

Researchers suggest reducing light emissions, reducing the amount of untreated glass and keeping plants away from the glassy surfaces can help reduce the amount of bird collision. No word on when any of those recommendations might be implemented.

The MSFA and the Minnesota Vikings are committed to further evaluating each of the mitigation recommendations presented within the recently published scientific study of bird collisions at U.S. Bank Stadium. Specifically, we will review the Audubon Society’s “Lights Out” guidelines, particularly during migratory and seasonal weather, in an effort to expand our current participation in that program. We will also focus on the vegetation recommendations with any potential future landscaping projects. As it relates to glass treatment, we need to better understand the effectiveness of the various applications and the impact such treatments would have on the stadium’s architectural integrity and aesthetics.

We are pleased to have funded this first-of-its-kind study and appreciate the collaboration by all parties in contributing to the conservation of migratory birds by improving the scientific understanding of bird collisions.