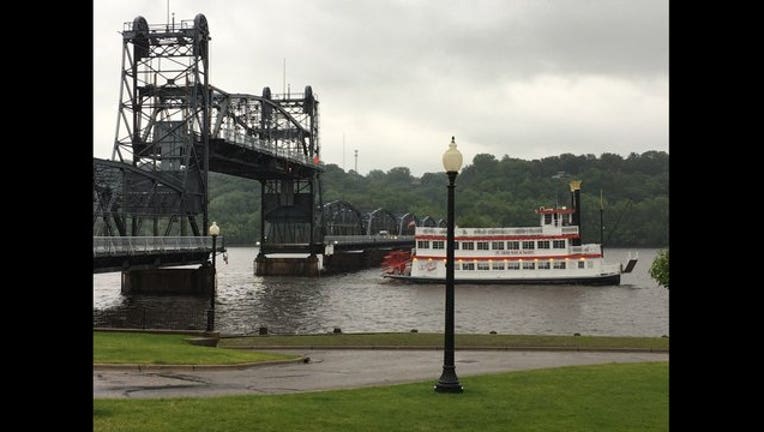 STILLWATER, Minn. (KMSP) - The Stillwater Lift Bridge was back open for the morning commute Wednesday after MnDOT crews completed temporary repairs to the main power cable on the bridge.

The bridge reopened and resumed its normal lift schedule just before 4:30 a.m. But, the fix was temporary. The bridge will close again at 10 p.m. until 6 a.m. on Thursday to allow crews to make permanent repairs to the cable.

MnDOT says a malfunction in an electrical meter socket that monitors power usage at the bridge failed and cut the power to the bridge as it was on its way down at approximately 12:05 p.m. The bridge stopped about 30 feet above the water and remained in that position for several hours.

It stalled again just before 8:30 a.m. about halfway up during a test after the electrical meter socket was repaired. Workers, including the lift bridge operator who had been stuck in the air for more than eight hours, had be to lowered form the lift span by bucket truck.

MnDOT hopes to have the bridge permanently open to traffic by Thursday morning, but may have postpone repairs to Thursday night due to weather.