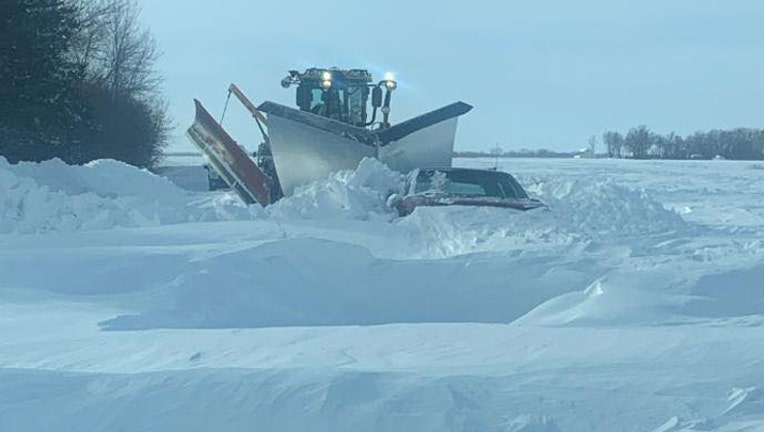 (FOX 9) - Though the snow has tapered off in the Twin Cities metro, much of southern Minnesota is still dealing with tough conditions.

The Blizzard Warning is no longer in effect, but many roads in southern Minnesota are still listed as ice-covered, according to Minnesota 511.

163 crashes were reported on Minnesota roads Sunday between 6 a.m. and 9:30 p.m. In that same timeframe, the State Patrol tallied 181 spinouts and 30 total injuries as a result.

The Grant County Sheriff's Office shared a photo of a snow plow just feet away from a car nearly submerged in snow.

"This is an example of what can happen when travel advisories are not followed. It puts the public and County Workers at risk as well as well as the potential for property damage," officials wrote.