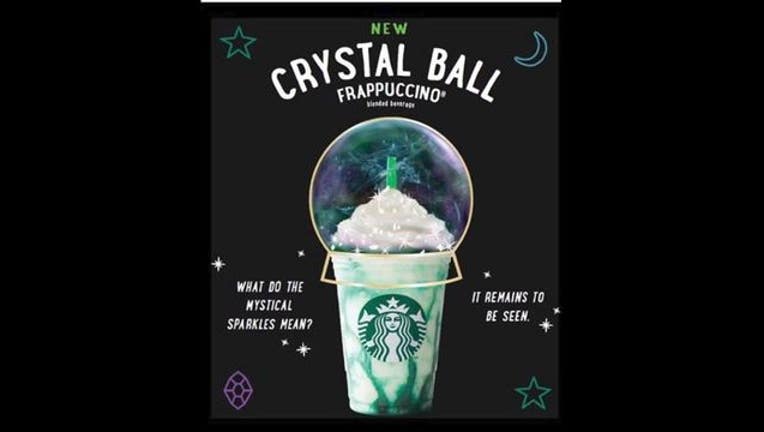 The sparkling candy sprinkles-festooned drink will be available for five days in the U.S., Canada and Mexico. It follows similar limited-time drinks, such as the coffee chain's color-changing Unicorn Frappuccino.

Starbucks hopes the cream-based new drink, which is infused with peach flavor, will be photographed by customers, posted on social media and spread around. It's a strategy that's worked for other chains, such as Taco Bell with its cheese-powdered Doritos tacos.

Starbucks says buyers of the new drink can learn their fortunes based on the color of the sprinkles atop their whipped cream: blue stands for adventure, green for luck and purple will bring "magic, wonder and enchantment."

Analysts at Stifel, however, are skeptical that buzz will sweeten Starbucks' sales. It's unclear if the chain's past gimmicks worked, and analysts called the timing of the new drink "seemingly random." Starbucks' Zombie Frappuccino, for instance, came out before Halloween.