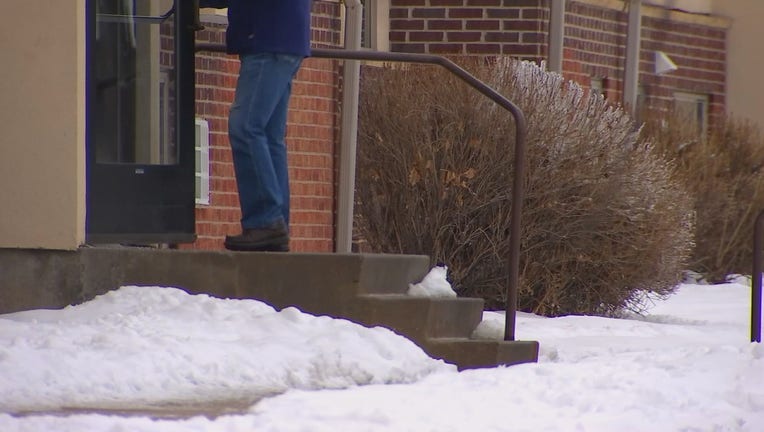 A string of robberies, including one outside this apartment complex, are being investigated by St. Paul Police.

ST. PAUL, Minn. (FOX 9) - Police in St. Paul are warning of a rash of armed robberies Sunday evening as people were ambushed while walking on sidewalks or into their apartments.

Police in St. Paul are warning of a rash of armed robberies Sunday evening as people were ambushed while walking on sidewalks or into their apartments.

The first call came from the 1100 block of Barclay Street near the BCA building at 6:30 p.m. Sunday night. A man was walking into his apartment when he saw two young men hanging out by the door. As he passed them, they pulled a gun, took his cash and his keys, and fled on foot.

Reports then came in over the next several hours of similar robberies.

“Mostly sneaking up behind them, knocking them down and taking their purse,” said Ernster. “Leaving in a vehicle or on foot.”

At 7 p.m., several miles away, a woman walking into her home in Timberlake Road was grabbed from behind. She saw three young men with a gun. They took her purse and ran.

The next two reports came soon after. The first was at 7:10 p.m. on Sherburne Avenue involving a woman and her mother walking down the street. At 7:18 p.m., another report surfaced at Holly and Mackubin where two sisters were crossing the street. Both featured young men, a handgun and purses taken.

Police also say a small, black SUV was used in both those robberies.

Finally, the alleged perpetrators struck again at another apartment building on Western Avenue at 9:11 p.m. as a couple arrived home.

Police say the robberies are very similar to a string of armed robberies in December, including one in which a woman was dragged by the suspect’s car. There is no evidence yet that these robberies are or are not connected, however.

Police recommend residents stay aware of their surroundings and avoid carrying large amounts of cash. Most importantly, they say to not fight back.

“Just to go along with the demands of the robber,” said Ernster. “If they ask for your purse, give up your purse. Your safety is paramount here.”