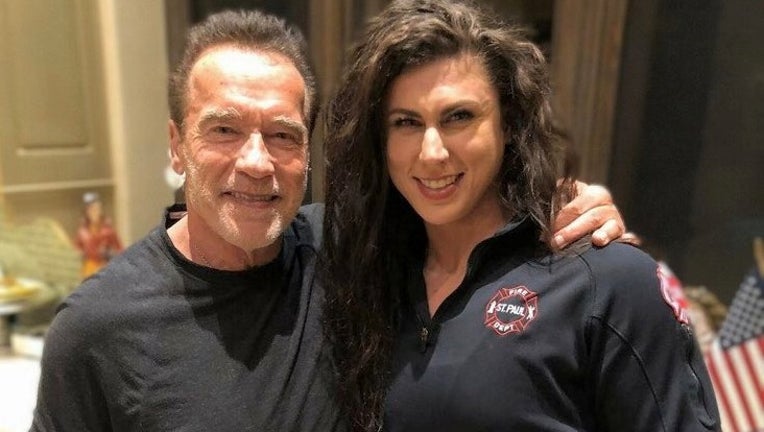 ST. PAUL, Minn. (FOX 9) - A St. Paul firefighter gritted it out against nine other competitors to finish fifth in a contest to determine the strongest firefighter in the country.

Sarah Reasoner, the only woman competing, took on other firefighters from across the United States for the "World's Strongest Firefighter" title.

The contest was held during a qualifying event for the Arnold Strongman USA Championship in Santa Monica, California.

During the weekend, Reasoner got the chance to meet with the event's creator, Arnold Schwarzeneggar, along with Strongman competitors. In an Instagram post, Reasoner said she was thankful for the opportunity and even had Schwarzeneggar cheering her on during her runs.

"I'll never forget @schwarzenegger getting up and yelling at me and helping me up after the sandbag carry," wrote Reasoner.

Reasoner is a 2019 graduate of St. Paul's fire academy.