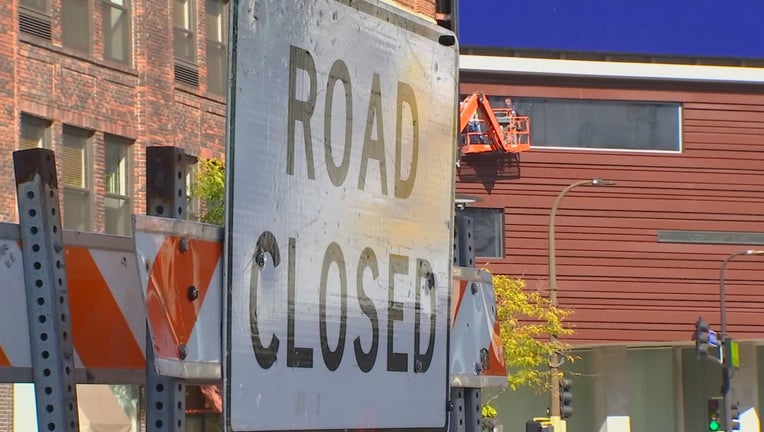 Road closure signs are up in downtown Minneapolis ahead of President Trump's rally on Thursday.

LAKEVILLE, Minn. (FOX 9) - People living and working in Minneapolis are planning for President Trump’s visit Thursday, but preparations are also underway in the south Twin Cities metro area as well.

With both the President and Vice President coming to town during rush hour, drivers south of the Twin Cities are being warned they may need some extra time.

One couple in Lakeville is not thinking about traffic at all as they anxiously await Vice President Mike Pence’s visit.

“The place has not been cleaner, ever,” said the Sue and Jay Blanchard. “We are super excited.”

The owners of Safety Signs in Lakeville, the Blanchards are doing last minute cleaning after getting a call Friday and confirmation Sunday that the VP will be visiting.

Despite having a history of being involved in the community and donating to Republican candidates, the Blanchards are shocked and honored to be chosen for the VP’s visit.

Thursday, Air Force Two will land at MSP Airport at 3:20 p.m. and Pence’s motorcade will make its way to Safety Signs, located along I-35 by 4:15 p.m.

There, he will spend about 45 minutes taking part in a private meet and greet with about 80 employees before heading to join President Trump in downtown Minneapolis.

A little later, Air Force One is planned for a 5:45 p.m. arrival ahead of the President’s 7 p.m. rally at Target Center.

As we’ve seen from previous Presidential visits, the Secret Service never reveals exact routes for safety reasons, but we do know highways and streets will be shut down as Trump and Pence separately move through the Twin Cities metro during rush hour.

A MnDOT spokesperson says Thursday is definitely a day to plan ahead as best you can for the evening commute. Check out the 511 website and pack your patience for an extra-long evening behind the wheel.