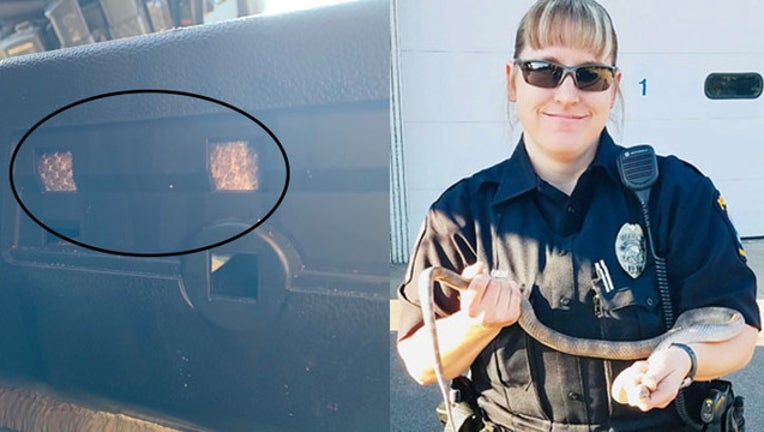 COON RAPIDS, Minn. (FOX 9) - A scaled suspect tried to avoid capture by pulling a Houdini in the back of a Coon Rapids police squad car.

According to the department's Facebook post, an officer was driving a snake to the pound, but when she went to remove it from her car, it was nowhere to be found.

The officer had to drive back to the station with the snake on the loose slithering in her car to get help to find it.

Two officers stepped up to the task and found the snake curled up within the confines of the squad car.

"According to Officer Kim this snake was much bigger in person," read the post.