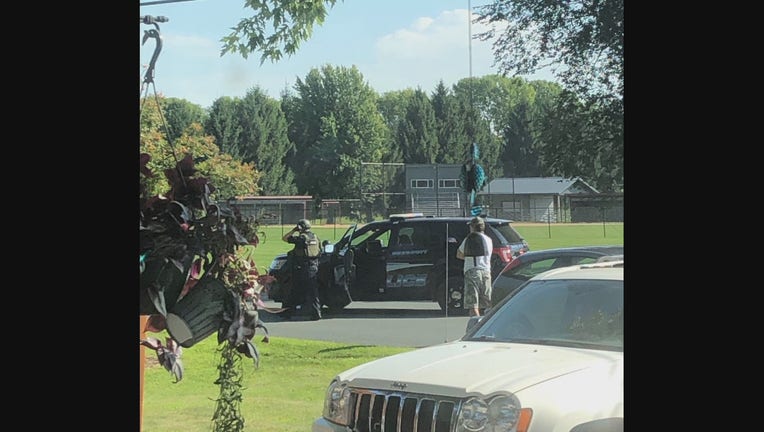 The bomb squad responds to the area of the Prescott, Wisconsin post office. (Emily Beardmore)

PRESCOTT, Wis. (FOX 9) - A small bomb was neutralized by a bomb squad after law enforcement in Prescott, Wisconsin responded to the report of a suspicious package outside the city’s post office Sunday morning.

According to the Prescott Police Department, officers were notified of the suspicious package just before 10 a.m. on Campbell Street in Prescott.

A small bomb was neutralized by a bomb squad after law enforcement in Prescott, Wisconsin responded to the report of a suspicious package outside the city’s post office Sunday morning.

In a release Sunday afternoon, the Chief of Police said he had “substantial reason” to believe the object was not just a firework.

Crews evacuated the block and kept it clear as the bomb squad responded Sunday afternoon.

Around 3:30 p.m. Sunday, the police department confirmed the package was a “small bomb” that was either defused or detonated by a bomb squad.

"If a young kid or somebody, anybody, got a hold of that thing and it would have went off, we would have had some very serious injury or even death," said the Prescott Police Chief.

Residents displaced in the evacuation were able to return home safely Sunday afternoon, but the immediate area was still blocked off for evidence gathering.

Emily Beardmore was feeding her kids breakfast when she noticed the law enforcement presence on the street. She shot photos of the scene right before bomb squad arrived and ordered her to evacuate.

"He got out in a full body suit or whatever, his vest, and I saw him put his helmet on, then I saw him get out his shield and I'm like, what is happening over here," she recalled.