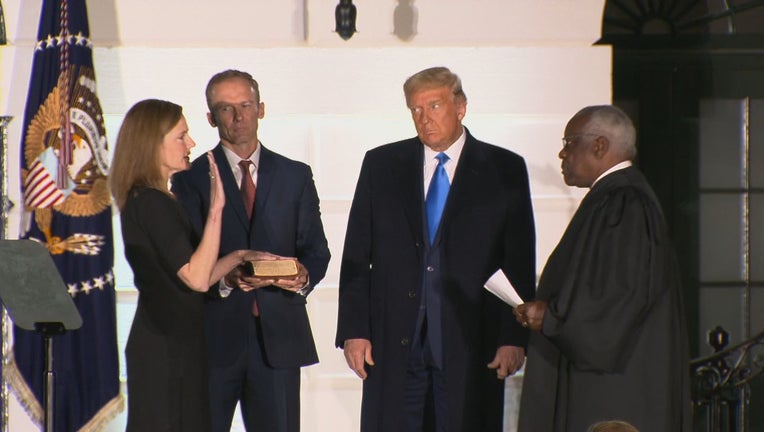 Barrett was confirmed by a deeply divided Senate, as Republicans overpowered Democrats 52-48 to install President Donald Trump's nominee days before the election and secure a likely conservative court majority for years to come.

In a statement, Sen. Smith wrote, “Today I voted to oppose Judge Amy Coney Barrett’s nomination to become an Associate Justice of the Supreme Court of the United States. Judge Barrett was nominated to fulfill President Trump’s repeated promise to appoint Justices who would dismantle the Affordable Care Act and overturn Roe v. Wade, two things that the American people overwhelmingly oppose. I am dismayed that rather than work to pass legislation to help the American people in the face of a global pandemic and widespread economic hardship, Senate Republicans instead chose to ram through the nomination of a Supreme Court Justice to help advance a radical policy agenda that threatens the rights and freedoms of all Americans.

“As the only Senator to have worked at Planned Parenthood, I saw firsthand how hard it is to take control of your health and your life when you can’t afford or access quality care, or when you have the government looking over your shoulder, interfering with personal and intensely private decisions. And so I understand why many Americans are fearful about the future of their rights with Justice Barrett on the Supreme Court. I urge them to continue to make your voices heard, and to know that I will never stop fighting for Minnesotans, and all Americans, to have the freedom and opportunity to live the lives they want to lead."

Sen. Amy Klobuchar took to Twitter, writing, "On my dissenting no vote on Supreme Court nominee tonight: Remember Justice Ginsburg’s dissents were never “cries of defeat.” They were her “blueprints for the future.” This election is now our country’s blueprint for the future. #Vote"