The Senate has confirmed Merrick Garland to be the next U.S. attorney general with a strong bipartisan vote, placing the widely-respected, veteran judge in the post as President Joe Biden has vowed to restore the Justice Department's reputation for independence.

Democrats have praised Garland, a federal appeals court judge who was snubbed by Republicans for a seat on the Supreme Court in 2016, as a highly qualified and honorable jurist who is uniquely qualified to lead the department after a tumultuous four years under former President Donald Trump. Many Republicans praised him as well, saying he has the right record and temperament for the moment. The vote was 70-30.

Garland will now inherit a Justice Department embattled by a turbulent era under Trump, who insisted that the attorney general must be loyal to him personally, a position that battered the department’s reputation. In the last month of Trump's presidency, Attorney General William Barr resigned after refuting Trump's false claims that widespread electoral fraud had led to his defeat.

Trump's pressure on officials, including on Barr and former Attorney General Jeff Sessions over the department's probe into his campaign's ties to Russia, prompted abundant criticism from Democrats over what they saw as the politicizing of the nation’s top law enforcement agencies.

"After Donald Trump spent four years — four long years — subverting the powers of the Justice Department for his own political benefit, treating the attorney general like his own personal defense lawyer, America can breathe a sigh of relief that we’re going to have someone like Merrick Garland leading the Justice Department," said Majority Leader Chuck Schumer, D-N.Y., ahead of the vote. "Someone with integrity, independence, respect for the rule of law and credibility on both sides of the aisle."

Senate Republican Leader Mitch McConnell — who prevented Garland from becoming a Supreme Court Justice in 2016 when he blocked his nomination — said he was voting to confirm Garland because of "his long reputation as a straight shooter and a legal expert" and that his "left-of-center perspective" was still within the legal mainstream.

"Let’s hope our incoming attorney general applies that no-nonsense approach to the serious challenges facing the Department of Justice and our nation," McConnell said. 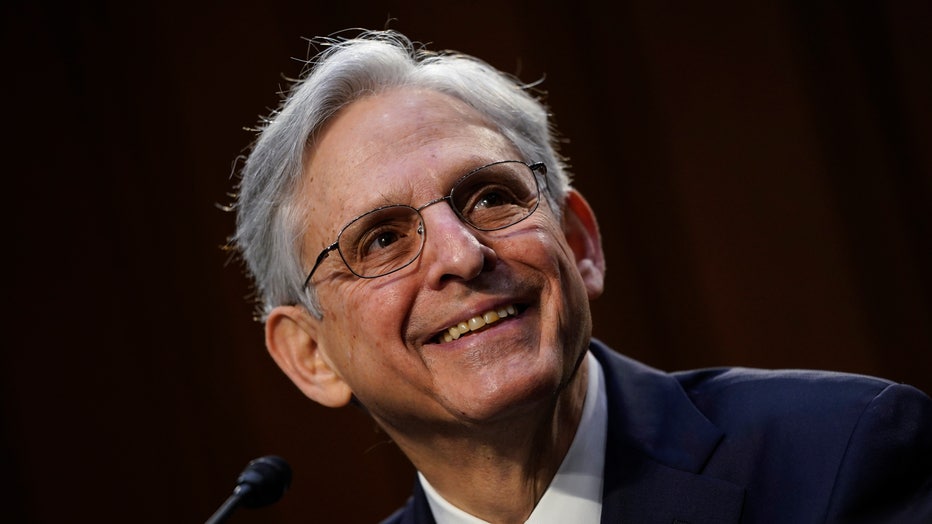 At his confirmation hearing in February, Garland sought to assure lawmakers that the Justice Department would remain politically independent on his watch. He said his first priority would be to combat extremist violence with an initial focus on the Jan. 6 insurrection at the U.S. Capitol, promising lawmakers that he would provide prosecutors with whatever resources they need to bring charges over the attack.

Garland will also inherit immediate political challenges, including an ongoing criminal tax investigation into Biden’s son, Hunter, and a federal probe into the overseas and business dealings of the former New York City mayor and Trump ally Rudy Giuliani, which stalled last year over a dispute about investigative tactics as Trump unsuccessfully sought reelection.

His confirmation also comes amid calls from many Democrats to pursue inquiries into Trump.

Separately, Garland will also be responsible for overseeing a special counsel investigation into the origins of the Russia probe, which shadowed Trump’s presidency for more than two years. Garland will have to decide how to handle it and what to make public.

An experienced judge, Garland held senior positions at the Justice Department decades ago, including as a supervisor in the prosecution of the 1995 Oklahoma City bombing, which led to the execution of Timothy McVeigh. His experience prosecuting domestic terrorism cases could prove exceptionally valuable as investigations into the Capitol insurrection progress.

The department’s priorities and messaging are expected to shift drastically in the Biden administration, with a focus more on civil rights issues, criminal justice overhauls and policing policies in the wake of nationwide protests over the death of Black Americans at the hands of law enforcement.

That expected shift prompted some Republicans to oppose Garland’s nomination, including Arkansas Sen. Tom Cotton, who said he believed the judge would be too soft on criminals and immigrants and "empower left wing radicals embedded inside the department."

At his confirmation hearing, Garland emphasized his commitment to combating racial discrimination in policing, telling senators that said America doesn’t "yet have equal justice." He also said he’d prioritize confronting the rise in extremist violence and domestic terror threats.

At one point in the hearing, he held back tears when speaking about his grandparents, who fled Russia for the U.S. amid antisemitism and persecution.