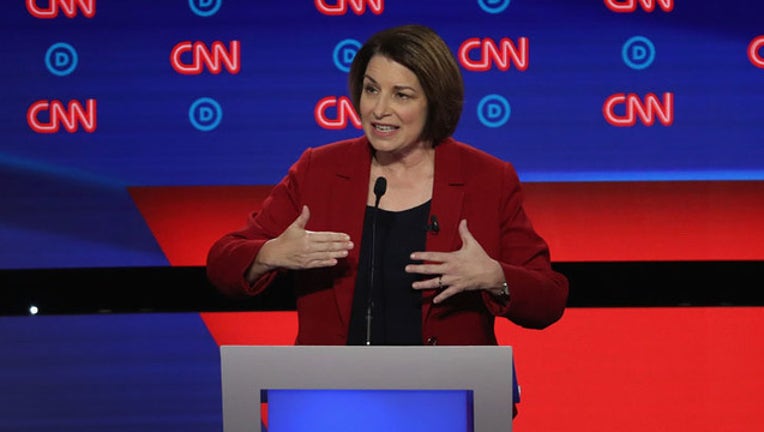 (FOX 9) - U.S. Sen. Amy Klobuchar's campaign said she has qualified for the third and fourth rounds of Democratic presidential primary debates this fall.

The Democratic presidential hopeful surpassed the 130,000 individual donor threshold less than 48 hours after her second debate Tuesday night, the Amy for America campaign said in a release Friday. She reached the polling threshold in July after getting 4 percent support in the CBS News/YouGov poll of likely Democratic voters in Iowa.

Klobuchar's campaign claims July was her strongest month of fundraising since announcing her campaign in February.

ABC News and Univision are hosting the third debate at Texas Southern University in Houston on Sept. 12 and 13.