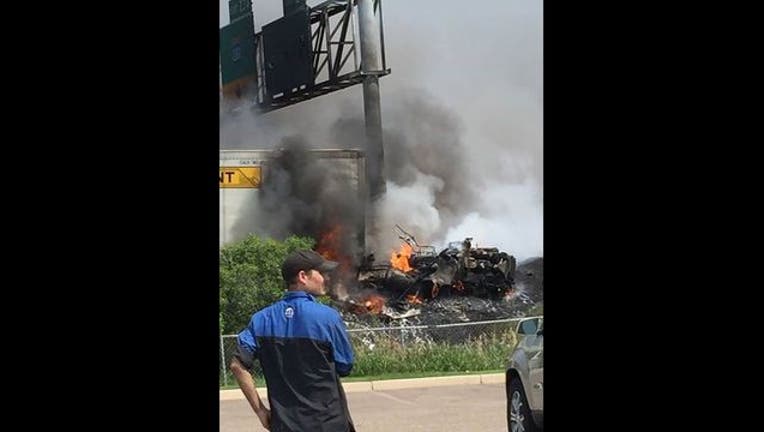 Both directions of I-35W between Roseville and New Brighton, Minn. were shut down after a semi driver crashed into a pole and escaped the flames.

Minnesota State Patrol confirmed the incident happened around 2:22 p.m. The southbound semi with an empty trailer lost control and careened into the center media, striking a pole, the base of an overhead freeway sign.

His trailer started on fire and he was able to get out but was transported by ambulance to Hennepin County Medical Center with burns.

No other vehicles were involved. The road was initially closed in both directions from Highway 36 in Roseville to Exit 25A - Ramsey County Road D in New Brighton for 1 hour, and the southbound lanes remained closed into the evening. The Minnesota Department of Transportation hasn't said when the road will reopen.

Crews are evaluating whether the pole will need to be replaced or if it can remain intact.