Police Officer Wilbert Mora, who was shot on Friday, has died. The police commissioner said he was a three-time hero for serving his city, sacrificing himself on duty, and being an organ donor.

NEW YORK - A second NYPD officer has died from the wounds he suffered in a shooting inside a Harlem apartment last week.

"Wilbert is 3 times a hero," she tweeted. "For choosing a life of service. For sacrificing his life to protect others. For giving life even in death through organ donation."

In a statement, PBA President Patrick Lynch said "true heroes never die" and that Mora "will live on in the heart of every" officer.

"Police Officer Mora showed us what it means to carry out our mission with courage, skill and humanity. His sacrifice will guide us as we continue that mission, but we cannot succeed alone," Lynch said. "We ask you once again to join us. Help us mourn our fallen heroes, and help us carry on in their name."

Neighbors, officers, and strangers came to pay their respects to Officer Wilbert Mora outside of the apartment building where he lived.

Mora, Police Officer Jason Rivera, and Police Officer Sumit Sulant had responded to an emergency call from an apartment on West 135th Street from a woman saying her adult son — McNeil — had become "problematic" on Friday night, authorities have said.

The officers spoke with the woman and another person in the front of the apartment, police said. Neither said anything about McNeil, who was in a back bedroom, having a weapon, police said.

As McNeil tried to get away, Sulant, who had stayed with McNeil's mother, shot McNeil, wounding him in the head and arm, Chief of Detectives James Essig said.

Rivera, Mora, and McNeil were taken to Harlem Hospital, which is just steps from the apartment.

Police Officer Wilbert Mora has died from his wounds. He and Police Officer Jason Rivera were shot in an ambush inside an apartment in Harlem.

Rivera died Friday night. Mora was transferred to NYU Langone Hospital where he was on life support until Tuesday.

Mora, 27, started at the NYPD Police Academy in October 2018, police records show. He'd worked out of the 32nd Precinct since November 2019.

A wake and funeral for Mora will be held at St. Patrick's Cathedral next week.

Dozens of NYPD officers saluted as Officer Wilbert Mora's body was brought out of NYU Langone Hospital and escorted a few blocks away to the Office of the Chief Medical Examiner in Manhattan. 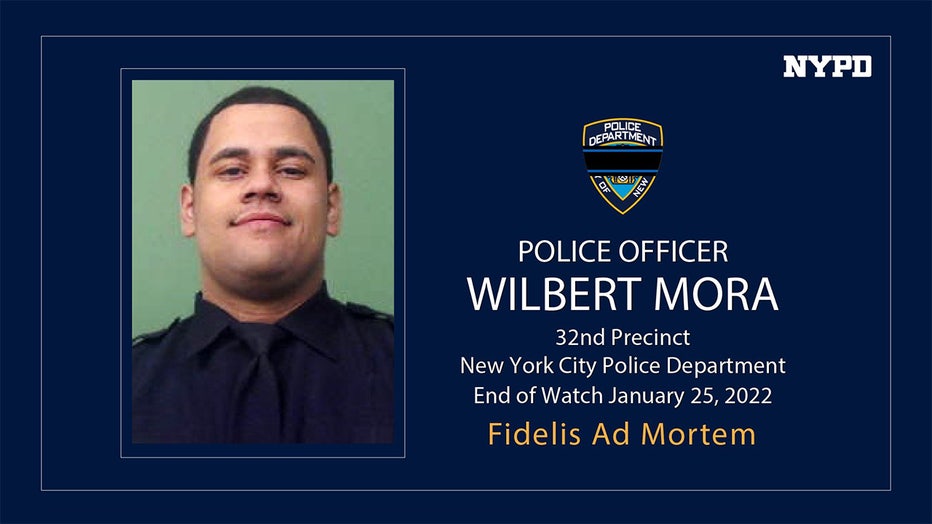 Police said McNeil had opened fire with a Glock .45-caliber semiautomatic pistol modified with a drum magazine capable of holding up to 40 rounds. The day after the shooting, detectives executing a search warrant at McNeil's mother's apartment found an AR-15-style assault rifle under his mattress. 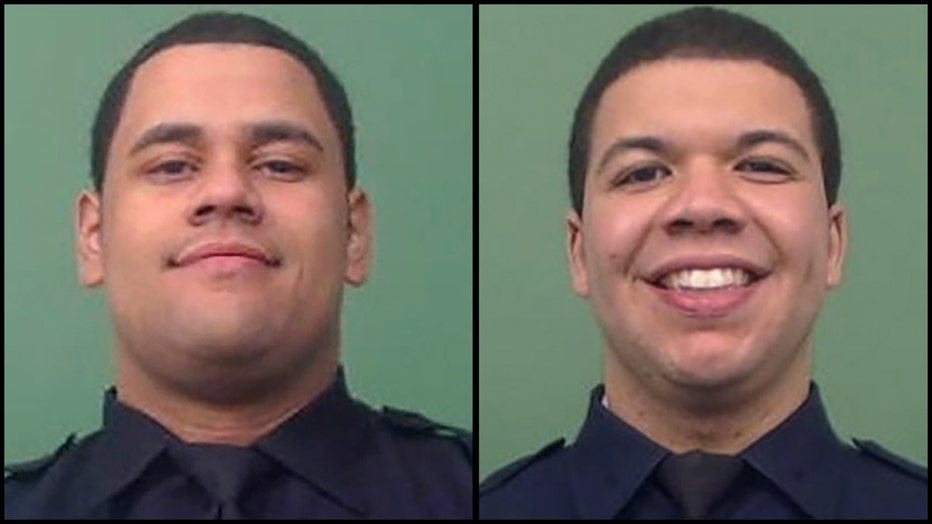