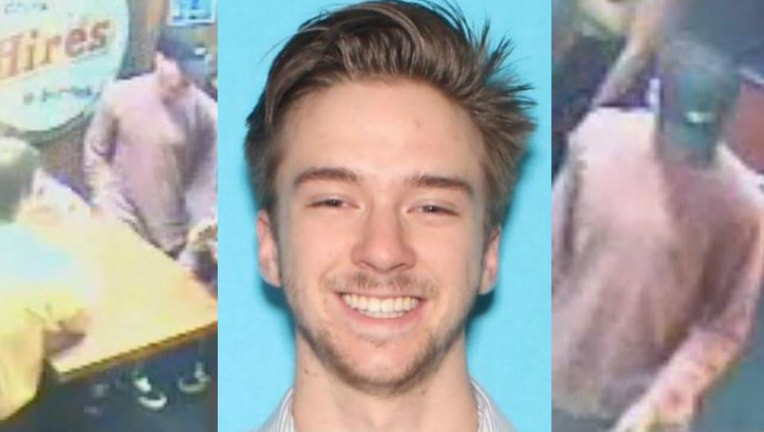 Jacob Lavoie, 21, has been missing since early Sept. 1, 2019. He was last seen at a sports bar in Duluth, Minnesota. (Minnesota Bureau of Criminal Apprehension)

DULUTH, Minn. (FOX 9) - UPDATE: The student's body was found in the water in Duluth, Minn.

The search is ongoing for a missing University of Minnesota-Duluth student, who was last seen leaving a Duluth sports bar several days ago, according to authorities.

Just after midnight on September 1, Lavoie was seen leaving Grandma's Sports Garden walking in a northerly direction toward the downtown area.

Lavoie is described as described as 5 feet 10 inches tall and weighing 150 pounds. He has strawberry blonde hair and blue eyes. He was last seen wearing a black Nike baseball hat, a red or salmon long-sleeved shirt and jeans.

Duluth police, firefighters and the St. Louis County Rescue Squad have been searching the area. No volunteers are needed at this time, but businesses and residents who live near downtown Duluth are being asked to check their surroundings. This includes possible vehicles, stairwells, dumpsters, boats, abandoned buildings, etc.

Authorities are also asking people to review their surveillance camera footage from between midnight and 6 a.m. on September 1.