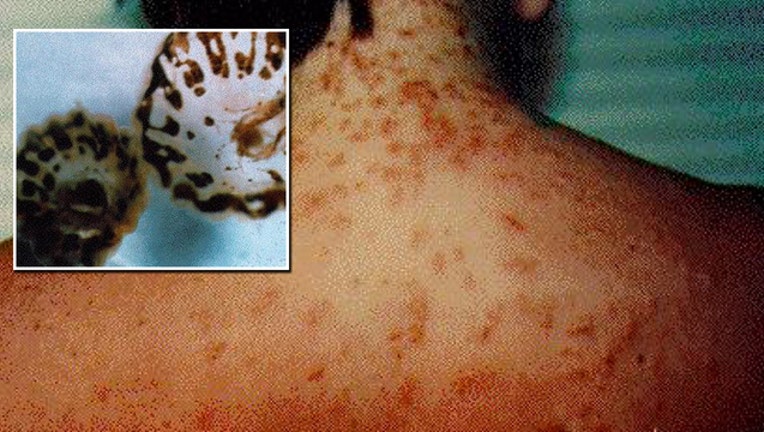 Florida's DoH says they can be prevalent from March through August at 250 miles of Florida beaches from the southern Atlantic up to the Panhandle.

Stings from the tiny jellyfish can cause a red rash, generally called dermatitis, with red, itchy or burning bumps that appear within four to 24 hours after exposure.

Some people may feel a "prickling" sensation while they are in the water.

Some over-the-counter remedies are suggested by the Florida DoH, which recommends seeing a medical professional if you feel you have been exposed to sea lice.