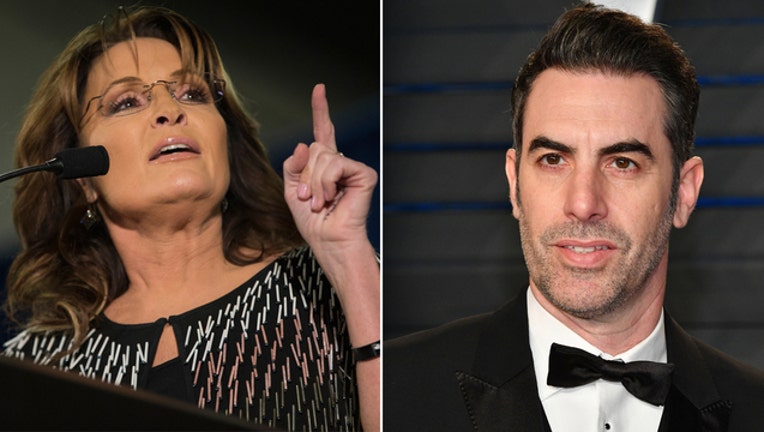 The former Republican vice presidential candidate says she fell victim to British comedian Sacha Baron Cohen during an interview for his upcoming Showtime series, "Who Is America?"

In a Facebook post on Tuesday, the former Alaska governor wrote she and a daughter traveled across the country for what she thought was a legitimate interview.

But she says Baron Cohen had "heavily disguised himself" as a disabled U.S. veteran in a wheelchair.

Palin says she sat through what she called a long interview full of "Hollywoodism's disrespect and sarcasm" before she walked out.

She is challenging Baron Cohen and Showtime to donate proceeds from the show to a veterans' charity.

The show premieres on Sunday.