Nearly two weeks after a hit-and-run in Minneapolis that left a woman with life-threatening injuries, investigators have yet to find the driver responsible.

MINNEAPOLIS (FOX 9) - Nearly two weeks after a hit-and-run in Minneapolis that left a woman with life-threatening injuries, investigators have yet to find the driver responsible.

The crash happened on Jan. 16 around 12:30 a.m. on Lyndale Avenue South and 26th Street West. Police believe the woman was standing outside of her car when she was hit, and now her family is identifying the woman as 29-year-old Maleni Mendoza Garcia.

Gonzalez says his cousin is fighting for her life in critical condition in the intensive care unit.

"She’s going to have long [term] effects due to the accident," Gonzalez added. "All her injuries were to her head, all the impact was sustained on the right side of her skull." 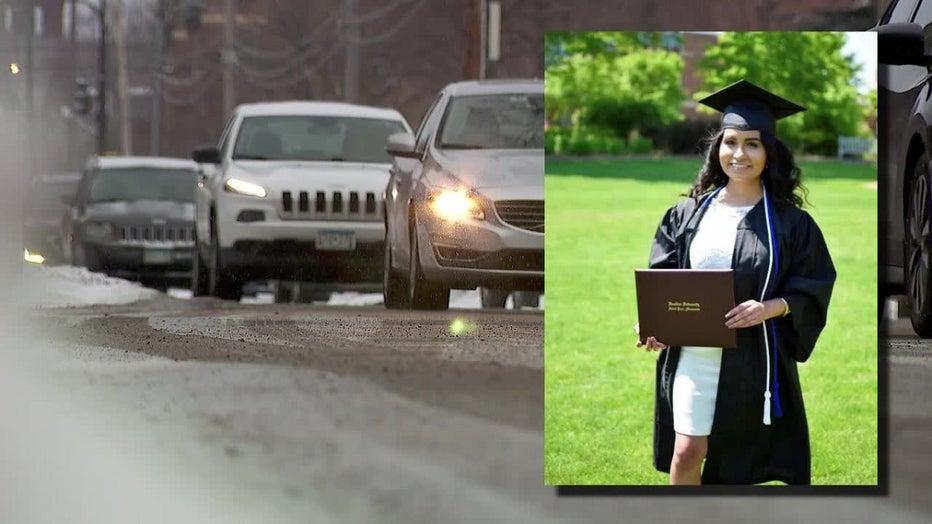 Pictured is Maleni Mendoza, 29, who suffered life-threatening injures from a hit-and-run on Lyndale Avenue and 26th Street West in Minneapolis.

Since Jan. 2022, Minneapolis police have been dispatched to 26th and Lyndale for 28 crashes, including a dozen hit-and-runs. A safety improvement project in July 2022 reduced the road from four lanes to three lanes, with one lane in each direction and a turn lane in the middle.

"But because of that, people are now getting closer to the parked cars that are on Lyndale," neighbor Chiafukam Okoroji said. "Those parked cars now are not able to open their doors without the risk of somebody possibly swiping them as they go by."

23 of the 28 crashes in the last year happened in or after July 2022. Okoroji lives a few blocks away but says he avoids the road because he feels it's unsafe, "The road is too narrow to park and safely get out of your vehicle without having to worry about oncoming traffic almost hitting you," Okoroji finished.

Garcia is just one of those hit-and-run incidents that authorities are still investigating. Her family set up a GoFundMe to help with medical costs, which has raised $4,645 as of Wednesday night.