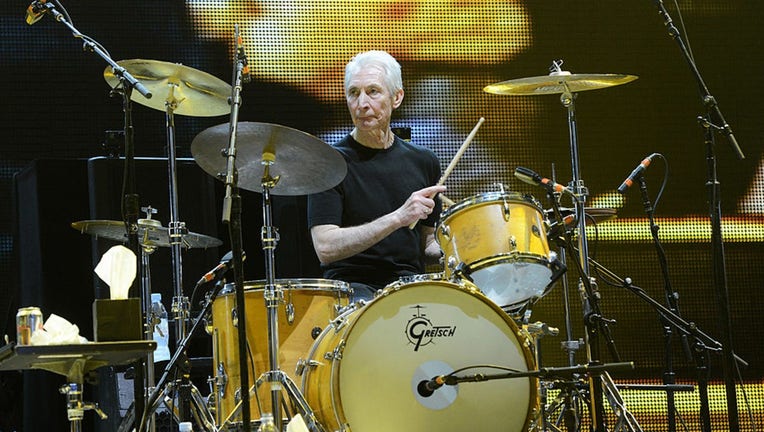 MINNEAPOLIS (FOX 9) - Following the news of the death of legendary Rolling Stones drummer Charlie Watts, members of the Twin Cities music scene are sharing their memories of the rock icon.

When the Rolling Stones visited the Twin Cities six years ago, they played before a crowd of 50,000 fans at TCF Bank stadium.

Following the news of the death of legendary Rolling Stones drummer Charlie Watts, members of the Twin Cities music scene are sharing their memories of the rock icon.

The night before their show at The Bank, the man whose beats were the backbone for the legendary band appeared on a much smaller stage in downtown Minneapolis.

"Having Charlie Watts sit in with that band on this stage was a very big deal," said Lowell Pickett, the owner of Dakota jazz club in Minneapolis.

Pickett says he met Watts in 2015 when the drummer came to the club to hear a side project by a saxophone player with the Stones.

"We've had a couple of other visiting rock stars that have been here on occasion and they don't all exhibit that same sense of humility or modesty that Charlie does," said Lowell.

"And he can play," he added with a laugh.

The Twin Cities-based Lamont Cranston Band opened for the Rolling Stones for three shows across the Midwest in November of 1981. Lead singer Pat Hayes didn't meet Watts personally, but he saw the swing Watts brought to the band's brand of rhythm and blues up close and personal.

"When I sat and watched them, I was like that rhythm section is what was really good about that band and that was Charlie," said Hayes. "He had a lot to do about that."

Even though Watts wasn't flashy or showy, Hayes says he was one of the greatest drummers of his generation, who will be remembered as the heartbeat of rock n’ roll.

"Some guys are known for flash," said Hayes. "He'll be known for holding a band together. Being in a band and holding it together."