As the principal at Two Rivers High School, Al Johnson guides the education of more than 1,400 students. But every once in a while, he straps on a pair of suede shoes and gets on a roll.

MENDOTA HEIGHTS, Minn. (FOX 9) - As the principal at Two Rivers High School, Al Johnson guides the education of more than 1,400 students. But every once in a while, he straps on a pair of suede shoes and gets on a roll.

"I made a vow I would not be a traditional principal," Johnson said.

It's not unusual to find Johnson strutting his stuff on roller skates through the hallways or in the gym.

"It's a clean, healthy way to have fun," Johnson said. "If you love music and you love to dance, you can do all that while you are roller skating."

But he says he's doing more than just showing off his fancy footwork -- he's creating connections with his students and staff.

"Roller skating is part of who I am," he said. "It's just another talking piece, a way of connecting that is non-threatening, authentic for us to have a real conversation. Then later down the road if something happens good or bad, we've established a positive rapport already. It's easy to go back to it."

Johnson's love skate relationship has been a part of his life, since he was a teenager himself, roller skating at Roller Garden in St. Louis Park.

He put the brakes on his favorite activity as a young adult, but he rekindled his love for roller skating a few years ago when one of his sons built him his own custom skates out of a pair of Air Jordans while working at a roller rink in California. 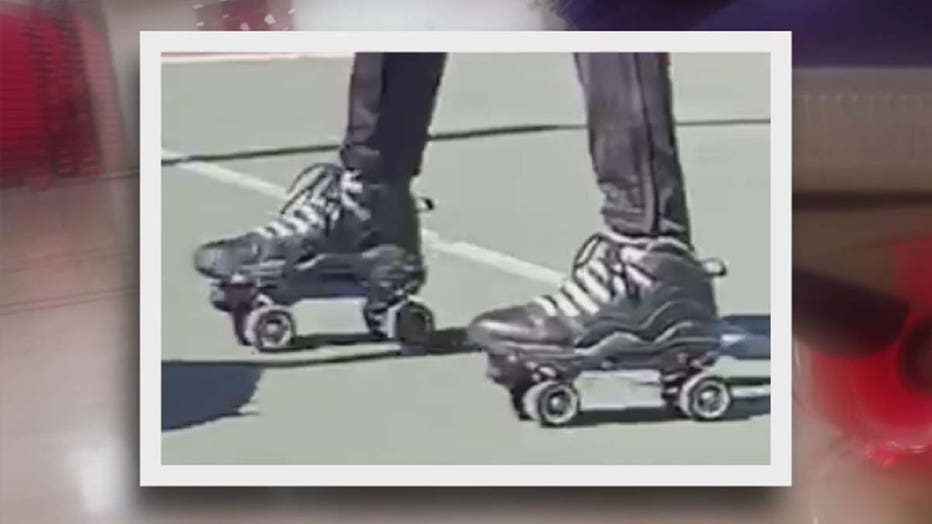 Principal Johnson grew up roller skating in St. Louis Park. He got back into it when one of his sons got him a custom pair of Air Jordan skates.

"The second I got back out there, there was a line of guys, and I'm on my skates and I'm behind them. I got the same rush, the same feeling – I'm 15 years old all over again."

When he was the principal at an alternative high school in St. Cloud last year, Johnson started roller skating through the building once a week to say good morning to his employees while students were doing distance learning.

He continued the practice when he moved to Two Rivers last fall, introducing himself to new ninth graders and whipping the crowd into a frenzy with his roller skating skills at a pep rally in front of the entire school.

"I mean it's so unique when you see it, you are like, ‘That's so cool,'" senior Ella Bannie said. "Honestly every time I see him roller skating down the hallway, I give him a high five, and I'm like my day is so much better."

"He's everywhere. You never expect it," senior Becca Tuvy said. "You see the light up shoes going down the hallway or across the gym at every big event we have, and it always brings in a new energy that nothing else can bring in."

"It's definitely unorthodox, but I think it's cool the principal has the guts to do that. I know a lot of other principals wouldn't do that," senior Edward Michaels said.

And he's not the only staff member in the building with a such a freewheeling attitude. 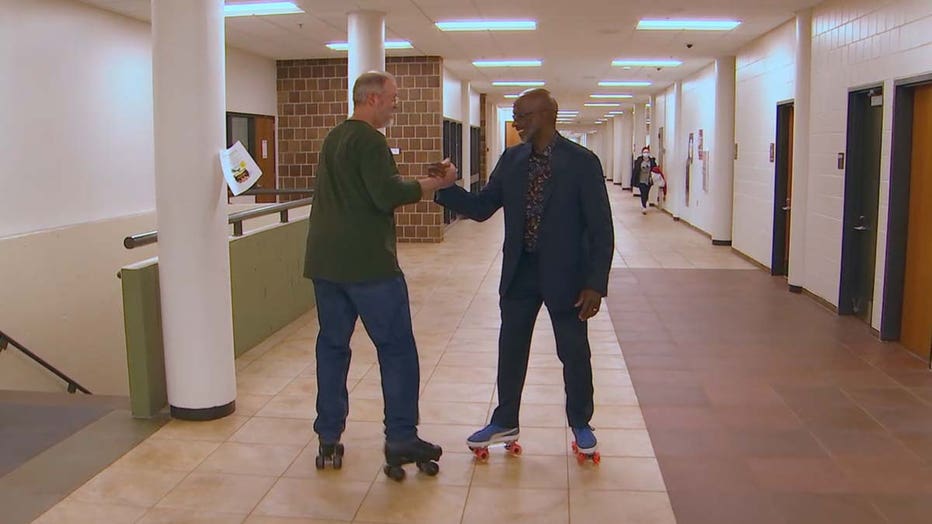 "I think it shows the kids you have a principal who is not afraid to get out and do stuff and be fun and show what he likes, and I think that's good for kids to see," Spanish teacher Mark Stewart said.

Johnson says he'll continue to put his best foot forward with his students, as long as everyone understands this is just how he rolls.

"Anytime I feel like we are in a space where we need to lighten things up a little bit, let's just bring them out. Let's bring them out and roll around," Johnson said.