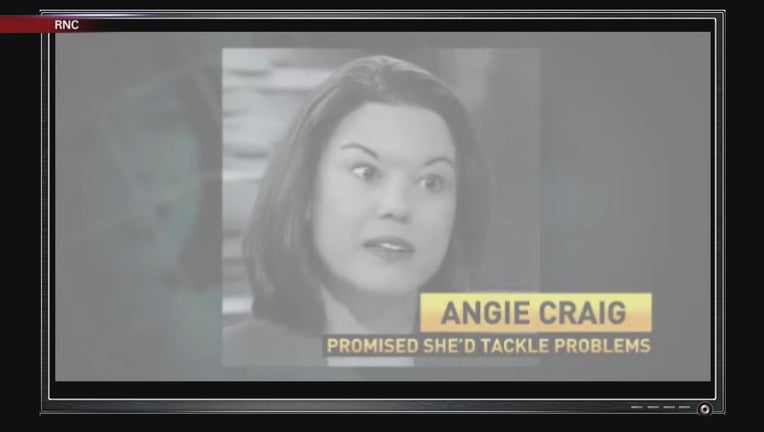 “There’s going to be a lot of money going in,” said University of Minnesota political science professor Larry Jacobs, who tracks races in the state.

Craig, Republican U.S. Rep. Jim Hagedorn, and Democratic U.S. Rep. Collin Peterson are seen by political observers as the most vulnerable incumbents among Minnesota’s delegation. Hagedorn faces a rematch of his razor-thin 2018 race, while Peterson hasn’t announced whether he’ll run for re-election in a district that voted overwhelmingly for President Donald Trump in 2016.

Craig doesn’t yet have a serious challenger.

Craig supports the impeachment investigation against Trump but hasn’t said whether she would vote to impeach the president for asking Ukraine’s leaders to investigate political rival Joe Biden.

Chris Kluthe, a spokeswoman for Craig’s campaign, accused the RNC of “smear tactics” and said “Washington Republicans continue to lie about Angie’s record.”

The RNC bought $328,000 worth of ad time in the Twin Cities, said Christopher Terry, a University of Minnesota professor who tracks ad spending. The party created nearly identical ads against at least 16 other Democrats across the country.

But the RNC’s spending against Craig is unusual because the party doesn’t have its candidate to face the south Metro congresswoman, Jacobs said.

“The fact that Republicans don’t have a candidate who can carry that message makes that ad a bit less effective than it otherwise might be,” Jacobs said. “I think a lot of the stronger candidates are waiting to see how impeachment plays.”

Thursday, insulin activist and Democrat Quinn Nystrom declared a bid against Stauber for his northern Minnesota seat. Nystrom faces an uphill climb against Stauber, who was elected in 2018 in a district that has gotten significantly more red in recent years.

Two days earlier, Democrat Dan Feehan announced his candidacy against Hagedorn. That ensures a rematch of their 2018 race, which was one of the closest in the country.

“I think Hagedorn clearly has the toughest fight (of the Minnesota delegation),” Jacobs said.

Republican Kendall Qualls was among the first challengers to decade a bid for Congress, taking on U.S. Rep. Dean Phillips in the west Metro suburbs. Phillips was the first Democrat to win the congressional seat in decades, but he rolled over former Republican U.S. Rep. Erik Paulsen by double digits.

Peterson has said he’ll announce in January whether he’s running for re-election. If he does, he’ll face either former Lt. Gov. Michelle Fischbach or Dave Hughes, who must first face each other in the GOP primary.