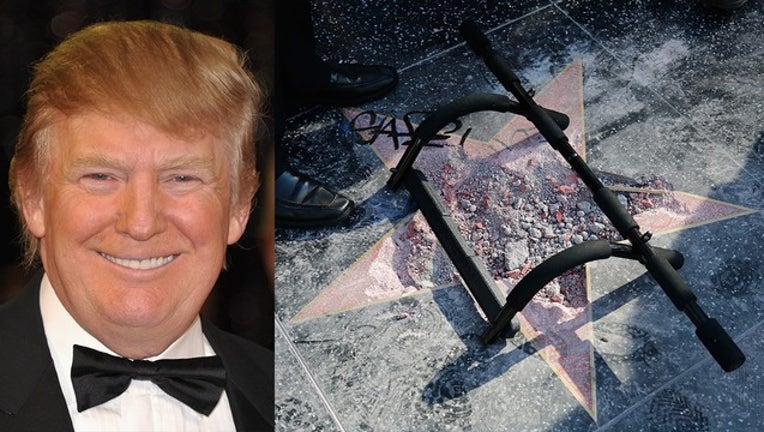 LOS ANGELES, Cali. (FOX NEWS) - The West Hollywood City Council passed a resolution Monday night asking to have President Trump's star removed from the Hollywood Walk of Fame, according to a tweet by the city’s mayor.

Trump was awarded his star on the prestigious stretch of Hollywood Blvd in Los Angeles, Calif. in 2007 during the height of his “Apprentice” fame, and it has been defaced and vandalized numerous times since he has been in office.