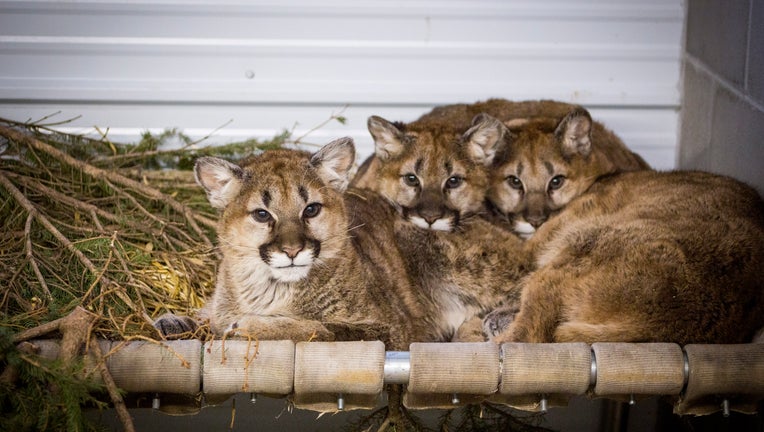 SANDSTONE, Minn. (FOX 9) - Three cougar kittens that were orphaned in Washington state are starting their new lives at The Wildcat Sanctuary in Sandstone, Minnesota.

According to a press release, on Jan. 22, Washington state wildlife officers trapped two cougar kittens that were discovered under the deck of a house. They captured the third kitten a day later. Officials are unsure if an adult female cougar shot in town a week earlier was the mother.

Because the kittens are too young to survive on their own, the officers weighed their options and decided to reach out to The Wildcat Sanctuary. 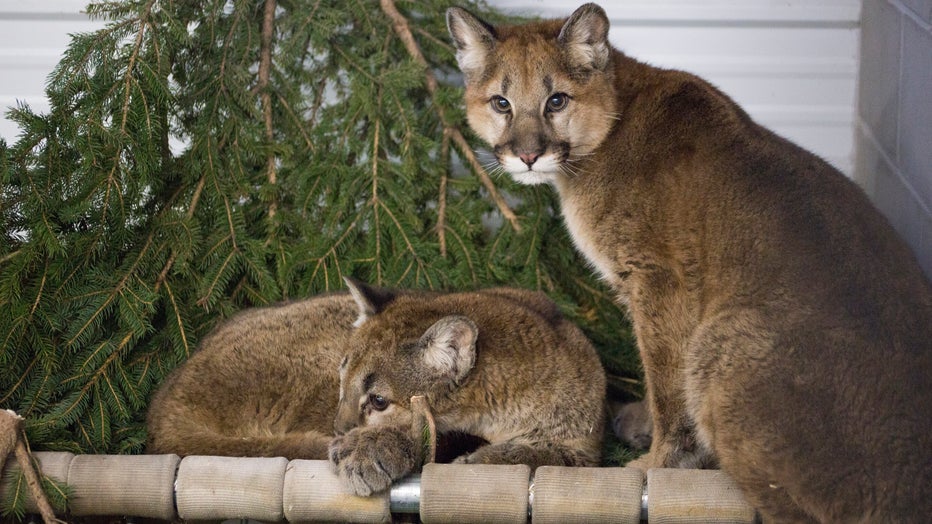 “No one wants to see wild animals have to live in captivity. But these young cubs couldn’t survive on their own. We work with state agencies to provide a forever home where orphaned cubs and kittens can grow up wild at heart,” said Tammy Thies, founder of The Wildcat Sanctuary.

The Wildcat Sanctuary is home to nine other wild-born cougars, all orphaned in the last decade. The three new cougar kittens will grow up as a family unit and will be given access to a large free-roaming habitat and remain at the sanctuary the rest of their lives.