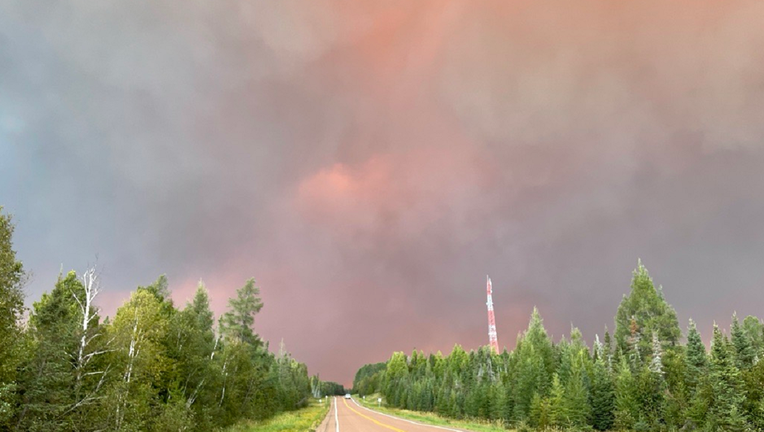 Smoke fills the skies in northern Minnesota as the Greenwood fire continues to burn in the Superior National Forest. (USDA Forest Service / Supplied)

(FOX 9) - Law enforcement agencies in central Minnesota say they are getting reports of smoky conditions on Wednesday as wildfires continue to burn in the northeast parts of the state.

In Sherburne County, the sheriff's office asked residents to stop calling 911 about the smoke, saying the calls were taking away from the dispatchers' time. In Stillwater, police said they were seeing smoke creep in from the north due to the smoke.

In a tweet on Wednesday, the Minnesota Pollution Control Agency said that smoke from the fire was drifting farther south than expected. However, no air quality alerts have been issued outside of the northeast parts of the state and shifting winds will help improve conditions.

For residents in northern Minnesota, the MPCA says you should take steps to limit your exposure to the smoke, particularly if you are susceptible to the smoke.