MINNEAPOLIS (FOX 9) - Fire sprinkler systems could have saved the lives of five people who died in an early morning fire at a high-rise apartment building in Minneapolis’ Cedar-Riverside neighborhood last fall, according to a report from state officials.

On November 27, 2019, the day before Thanksgiving, a fire broke out on the 14th floor of the Cedar High Apartments located at 630 Cedar Ave. S. Five people died in the fire and four others were injured, including a firefighter. Four of the five victims were found on the 14th floor—two in the corridor and two in their apartments. The fifth victim was found in the stairwell of the 17th floor.

The Minnesota Department of Public Safety State Fire Marshal Division released the findings of its after-action report Tuesday. After-action reports are completed following multiple-fatality or high dollar-loss fires and are used to help identify factors that led to multiple deaths and injuries and determine strategies that could prevent similar deadly fires in the future.

The report found there were some safety features in the building, but “there were not redundant features to protect the residents once a single-safety element failed,” according to a news release. 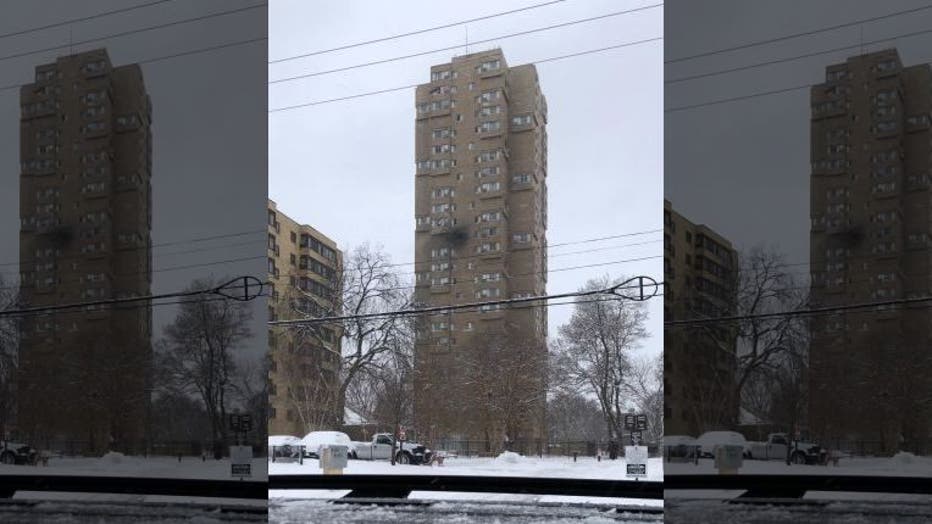 The fire started in an apartment on the northeast side of the building on the 14th floor. According to the report, the strong winds from the north created a “wind-driven fire which, combined with the door from the apartment to the hallway being unable to close, contributed to the spread of the fire throughout the 14th floor.
The report says once the fire left the apartment where it originated, the extreme heat and smoke would have made the conditions untenable within the first few moments. Residents on the 14th floor would likely have had little time to use the stairway doors to exit the floor.

There was partial fire sprinkler protection in the building, but it was limited to the basement area and some common areas on the first floor, the report says.

“This tragic loss of life could have been prevented. The victims would still be alive had there been sprinklers throughout that entire building,” State Fire Marshal Jim Smith said in a statement. “We owe it to the victims and their families to learn from this fire so we can prevent similar tragedies.”

The report also notes that door to the unit in which the fire originated was open, which allowed the heat and smoke from the apartment to travel into the hallway.

The doors that separate the apartments from the hallways are equipped with self-closing devices, but they were rendered ineffective due to seals that had been placed at the bottom of the doors that prevented them from closing. The seals create friction against rugs or carpeting and prevented the door from closing. Officials speculated in the report that the seals were placed there to prevent infestation spread or loss of heat from an apartment.

The State Fire Marshal Division says the practice of placing objects under the apartment fire doors that prevent the automatic closing features of the door or the practice of propping doors open should be discontinued immediately.

Based on the report, the State Fire Marshal Division is also recommending residential building owners build fire separations for existing “scissor stairs” to form independent stair enclosures to provide at least two distinct paths of escape in the case of a fire.

Scissor stairs are when two stairways are arranged in a “scissor stair” configuration where both stairways are located within the same enclosure, according to the report. Cedar High Apartments has scissor stairs, but modern building, fire and life safety codes do not allow scissor stairs because they post a significant fire and safety risk to residents in a multi-story building.

After the deadly fire, there was an emotional hearing at the Minnesota State Capitol on a bill requiring high-rise apartment building owners to retrofit their buildings with sprinklers. One of the sponsors of the bill was state Rep. Mohamud Noor, whose district includes the Cedar High Apartments.

Buildings built before 1979, including the Cedar High Apartments, have never been covered by the state’s sprinkler requirements. Developers of new buildings, however, must include a fire sprinkler system.

Family and friends of the fire victims of the fire pleaded with lawmakers, but the legislation did not pass either house in 2020.