The Transportation Security Administration announced on Tuesday the rate at which firearms were confiscated from passengers nearly doubled in 2020, despite less people traveling due to the ongoing COVID-19 pandemic.

Screeners found 3,257 guns on passengers or in their carry-on bags last year, which is about 10 for every million travelers. About 83% of the guns were loaded.

The catch rate doubled than what the TSA saw in 2019, when screeners found five guns for every million passengers. However, with 500 million more travelers screened in 2019, TSA officers found a record 4,432 guns that year.

"I commend our officers for their commitment to TSA’s security mission by identifying and stopping these weapons at the TSA checkpoints. Firearms are strictly prohibited on board planes in the passenger cabin," said Senior Official Performing the Duties of TSA Administrator Darby LaJoye. "Bringing a firearm to a TSA security checkpoint poses a serious risk to TSA officer and passenger safety, and doing so may result in significant fines or arrest." 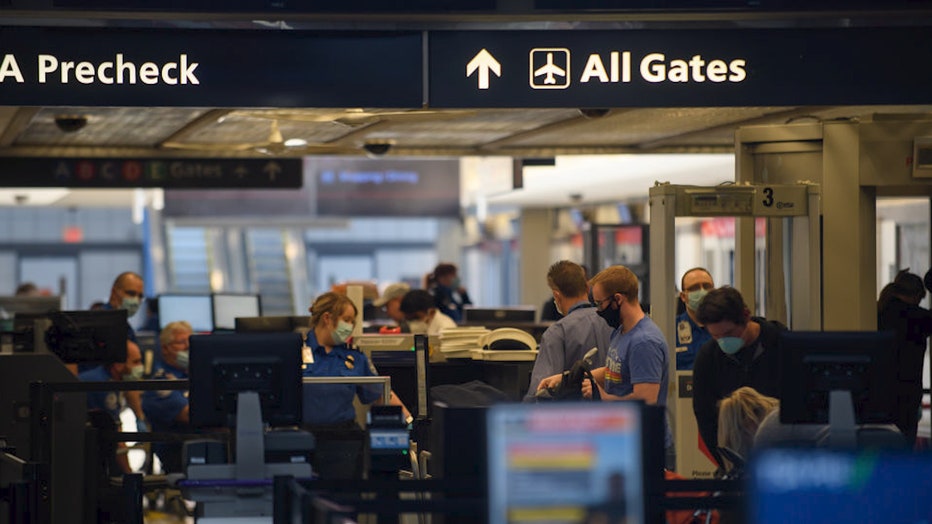 FILE - Travelers make their way through ticketing and TSA inspection.

Federal law prohibits passengers other than certain law enforcement officers from bringing guns or ammunition into the cabin. Passengers are only allowed to put guns in checked bags that go into the cargo hold if they are unloaded and in a locked case.

Airlines don't have to permit guns even in checked bags. All leading U.S. carriers temporarily banned guns in checked bags on flights to Washington, D.C.-area airports for a week after the Jan. 6 riot at the U.S. Capitol by supporters of former President Donald Trump.

The heightened security was issued after the FBI issued a bulletin warning of plans for armed protests at all 50 state capitols and in Washington ahead of Biden's inauguration. TSA said it will maintain enhanced safety measures at the three local airports, and travelers can "expect to see enhanced security presence with other transportation modes."

Top 10 airports with total firearm catches by TSA in 2020:

The Associated Press and Kelly Taylor Hayes contributed to this report.