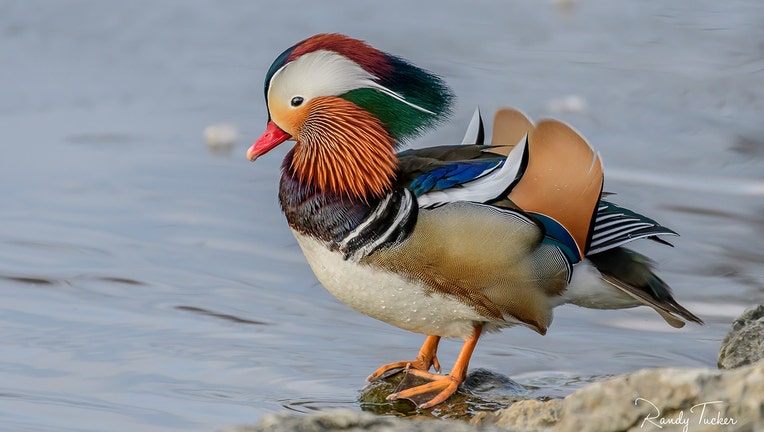 LOS ANGELES - A photographer captured photos of a rare, exotic Mandarin duck in a southern Ohio pond on Dec. 6.

“Spent my morning with a very rare visitor. He came right over to me as I was sitting on the bank and climbed right up on a rock. I got several good looks at this guy,” Randy Tucker said in a post on Facebook, which has since been shared hundreds of times.

Tucker told FOX TV Stations that he has been interested in photography for a while, but just picked up wildlife photography about five years ago.

According to The Enquirer, in Cincinnati, the township stocked the pond with five mating pairs of male and female Mandarin ducks and swans in spring 2019.

At least one of three snow leopards living at the Louisville Zoo has tested positive for SARS-CoV-2, the virus that causes COVID-19 in humans. (Source: Louisville Zoo)

Tucker said he was surprised the duck was still there when he arrived, as the sighting was reported the day before he went to photograph the animal.

“I knew this duck was going to get a lot of attention as we just don't see them around here very often,” Tucker told FOX TV Stations. “Even if it's not a wild duck it's still a very beautiful duck and a great subject for photography to share with others and to see in person.”

The photographer was also met with another surprise.“While sitting out there photographing the Mandarin Duck, this Mute Swan came over and stuck its face in front of my lens,” Tucker shared. “It pays off to just sit and wait.”

The township has put swans at Veterans Park and swans and a less-colorful duck species at Mount Moriah Cemetery, Tucker told The Enquirer.

These colorful ducks are commonly found in China, Japan and other parts of Asia.

“We had 10 of them over there before and nobody ever said a word," Ken Geis, Union Township administrator told The Enquirer. "I just thought they were the coolest things in the world, and they’re beautiful.”