GERMANTOWN, Tenn. - While the date of Sept. 11 often carries a sadness with it for many Americans in remembrance of the horrific terrorist attacks that took place in 2001, the day has also become a joyous one for a couple in Tennessee.

“My due date was actually September 24 and my c-section was actually scheduled for the 19th,” Cametrione said. “I came in on Wednesday because of contractions and I guess I was in labor because my doctor went ahead and performed my c-section.”

Cametrione said it happened to be exactly 9:11 p.m. when she arrived.

“As they were cleaning the baby and checked her weight it was 9 pounds, 11 ounces also,” she said. “The doctor got all excited and started matching the numbers.” 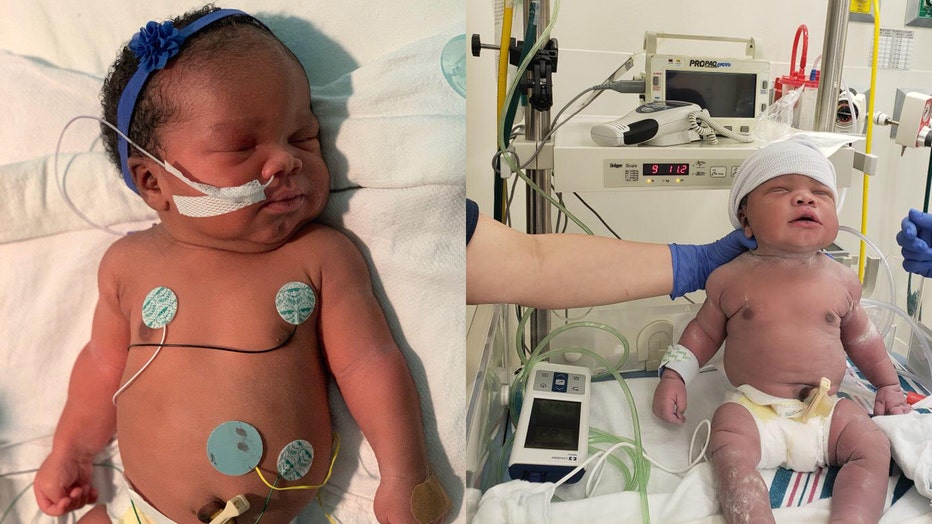 Rachel Laughlin, a patient care coordinator at the hospital, spoke about the rarity of such an occurrence.

“I’ve worked in women’s services for over 35 years, and I’ve never seen a baby’s birthdate, time of birth, and weight all be matching numbers,” Laughlin said, who talked to WREG-TV at the hospital calling the birth “very rare but very special.”

“(September 11) was such a time of tragedy, little Christina is a bundle of hope and happiness. It’s been a privilege to be a part of this historic event,” Laughlin added.

Christina’s parents were in 8th and 9th grade in 2001 when the attacks occurred and were shocked when they heard the numbers — telling the local news station at the hospital that they can find “a piece of joy from a day that’s so drastic and still hurts.”

On Friday, Cametrione said that she's doing great after the delivery and felt "relieved."

Christina was in the NICU receiving extra oxygen after having some minor lung issues, but was doing “much better” and expected to come home soon.

“Her birthday will be truly special and she will definitely know the history of what occurred on that special day,” Cametrione said.