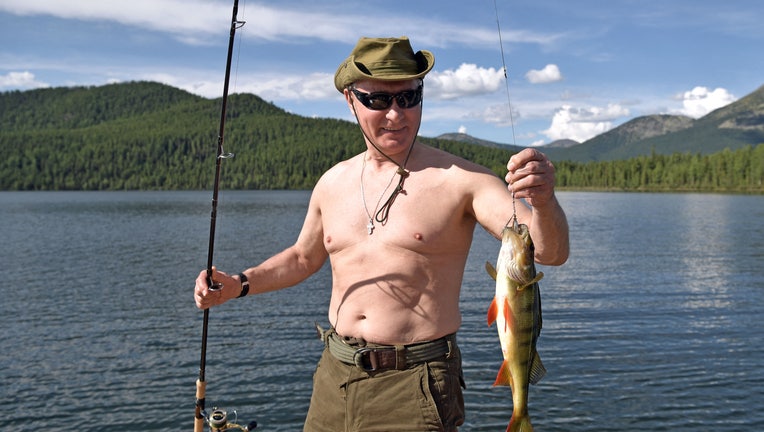 Russian President Vladimir Putin fishes in the remote Tuva region in southern Siberia. The picture taken between August 1 and 3, 2017. (Photo by ALEXEY NIKOLSKY/SPUTNIK/AFP via Getty Images)

Russian President Vladimir Putin shot back at Western leaders who mocked his athletic exploits, saying they would look "disgusting" if they tried to emulate his bare-torso appearances.

Putin made the comment during a visit to Turkmenistan early Thursday when asked about Western leaders joking about him at the G7 summit.

As they sat down for talks, British Prime Minister Boris Johnson jested that G7 leaders could take their clothes off to "show that we’re tougher than Putin" amid Russia-West tensions over Moscow's military action in Ukraine. 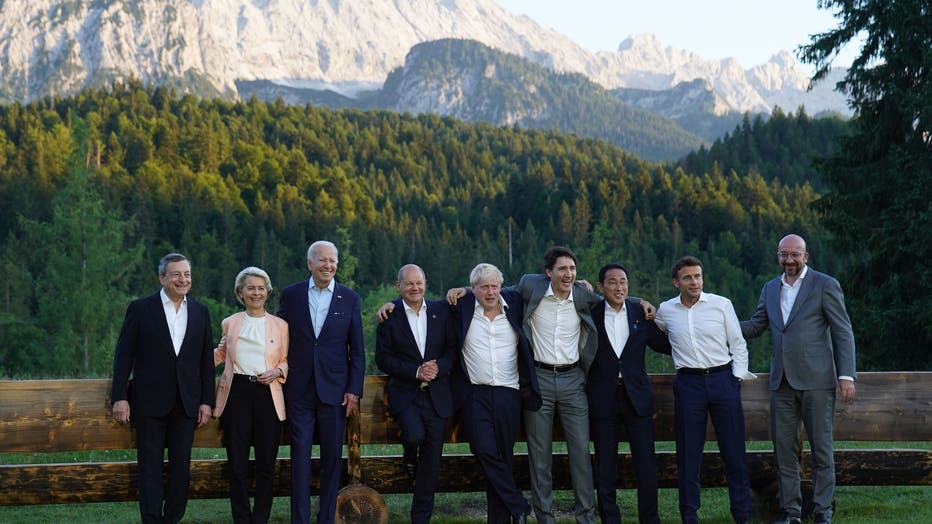 "We’ve got to show them our pecs!" Johnson added.

Speaking to reporters, Putin retorted that, unlike him, Western leaders abuse alcohol and don't do sports.

"I don’t know how they wanted to get undressed, above or below the waist," he said. ""But I think it would be a disgusting sight in any case." 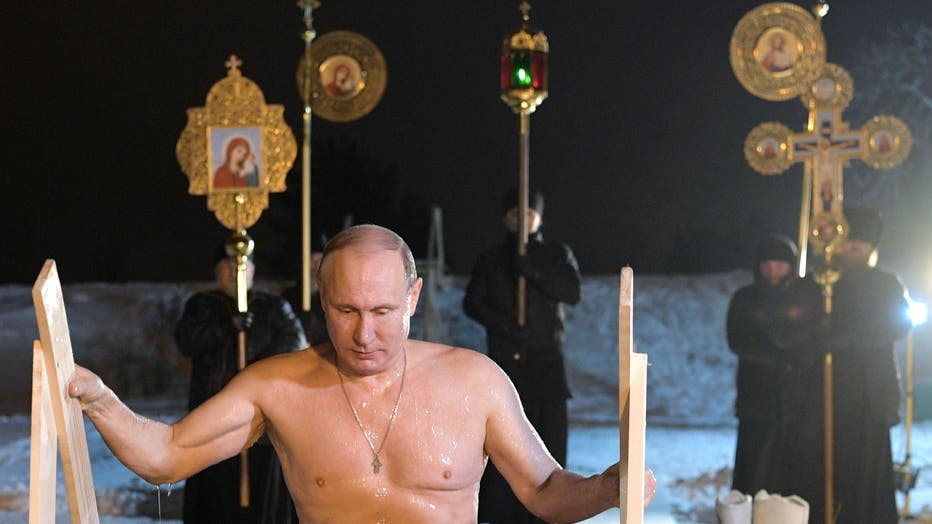 Russian President Vladimir Putin plunges into the icy waters of lake Seliger during the celebration of the Epiphany holiday in Russia's Tver region early on January 19, 2018. (Photo by ALEXEY DRUZHININ/AFP via Getty Images)

He noted that to look good "it's necessary to stop abusing alcohol and other bad habits, do physical exercise and take part in sports."

According to ITV, when asked about Putin’s remarks, Johnson reportedly said: "He should think about the consequences of his barbaric actions, the way his invasion has actually brought the West together."