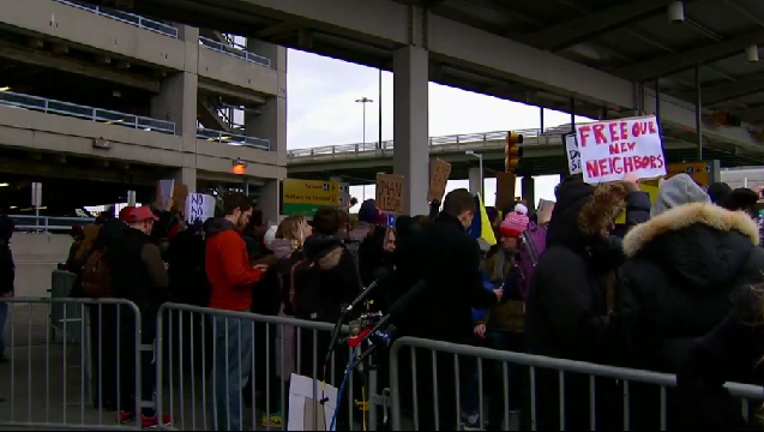 Trump's Friday ban on asylum-seekers came down even as some refugees were midflight to the U.S.

Also, Saturday, other travelers were turned back on arrival at U.S. airports or blocked from boarding flights to America. That reportedly happened to two families in Philadelphia.

That’s because Friday, Trump signed an executive order making major changes to America's policies on refugees and immigration, including suspending immigration and visas for people from countries including Iran.