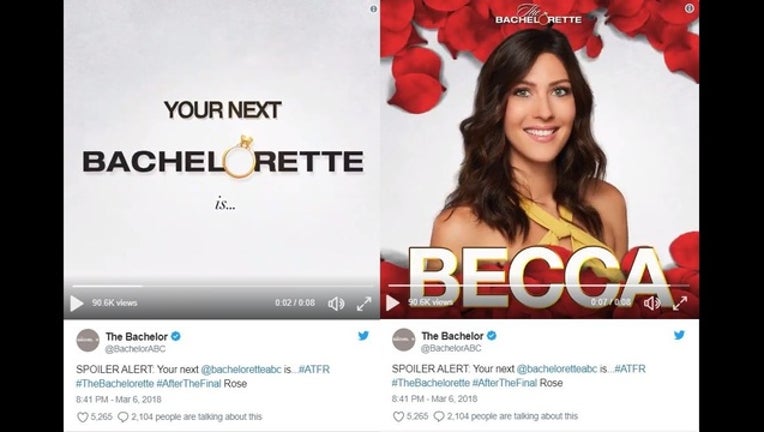 (KMSP) - After a whirlwind season of "The Bachelor" host Chris Harrison called the most dramatic ever, Minnesota native and contestant Becca Kufrin found herself in the middle of a nightmare during Monday night's season finale: dealing with heartbreak on national television.

It wasn't all bad news for the 27-year-old from Prior Lake, however, after news dropped during Tuesday night's tell-all episode that Kufrin would be next season's Bachelorette.

The news was a welcome surprise for Minnesotans, whose reactions to the season finale Monday night ranged from surprise to sadness to unadulterated anger, all playing out in real time on social media.

One state representative whose district includes Prior Lake even joked he would draft legislation banning "The Bachelor" Arie Luyendyk Jr. from the state until further notice, as well as asking his Twitter followers if Becca should be his invite to Minnesota's State of the State address this year.

If we were you, Arie, we'd stay away from Minnesota for a while.