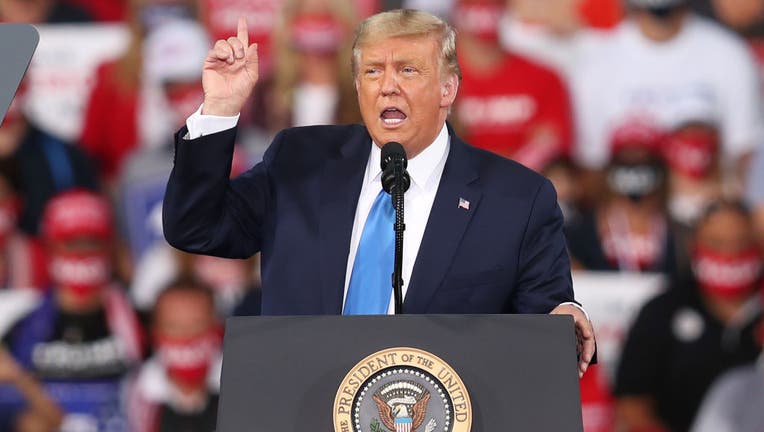 DULUTH, Minn. (FOX 9) - President Donald Trump will be making a campaign stop in Duluth next week, marking his second visit to the state this month.

On Sept. 30, Trump is expected to give remarks at the Duluth International Airport at 5 p.m. Doors open for general admission at 2 p.m.

His latest campaign stop comes amid a flurry of campaign visits as the election season heats up. On Sept. 18, Trump spoke in Bemidji to coincide with the start of early voting in the state. Thursday, Vice President Mike Pence and Ivanka Trump, Trump's daughter, held a listening session in Minneapolis, as part of the campaign's law-and-order tour. Trump also visited Mankato on Aug. 17.